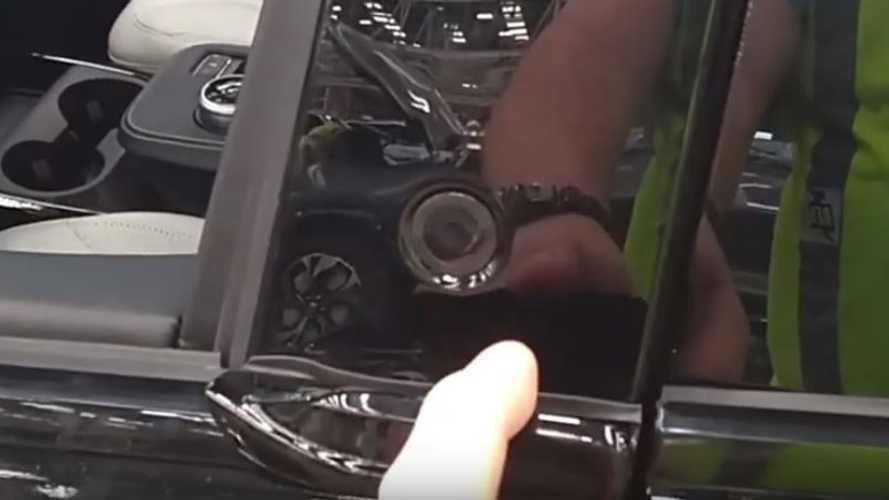 It looks like Ford took the early feedback seriously.

In general, the staff here at InsideEVs really likes the Ford Mustang Mach-E. Many of us think it has the chance to be one of, if not the first non-Tesla electric vehicle that really captures the interest of the public and actually sells well.

Watch A 2021 Ford Mustang Mach-E Drift Through The Snow

However, there was one feature that we didn't like, and almost everyone we spoke to at the reveal in November pretty much agreed with us. That was the odd tiny front door handles. While we applaud Ford for trying something different - we like different, the execution just didn't look or feel right when opening the door.

Here you can see the small "hook" door handles that the Mustang Mach-E had at the reveal in November.

The way the front door works is you press a little button on the B-pillar, the door pops slightly open, and you then grab this little handle (or more like a hook) to pull the door open.

Ford got a considerable amount of feedback from the press and it would seem as though they took that to heart. That's because a video has surfaced on the Mach-E Forum that appears to be made by a Ford factory worker at the plant in Mexico where the Mustang Mach-E is being made.

In the video, the narrator shows off some interior and exterior points of interest, and then we see the pedestrian alert system. However, the most interesting thing to see in our opinion is at 7:44 when we briefly see a hand opening the front door. We don't get the clearest shot of the door handle, but it does look different than what was on the Mustang Mach-E at the reveal in November and it would appear that Ford has slightly redesigned them, perhaps making them wider.

Take a look at the video and let us know what you think. Unfortunately, the video is in Spanish, but YouTube does allow you to turn on English subtitles.