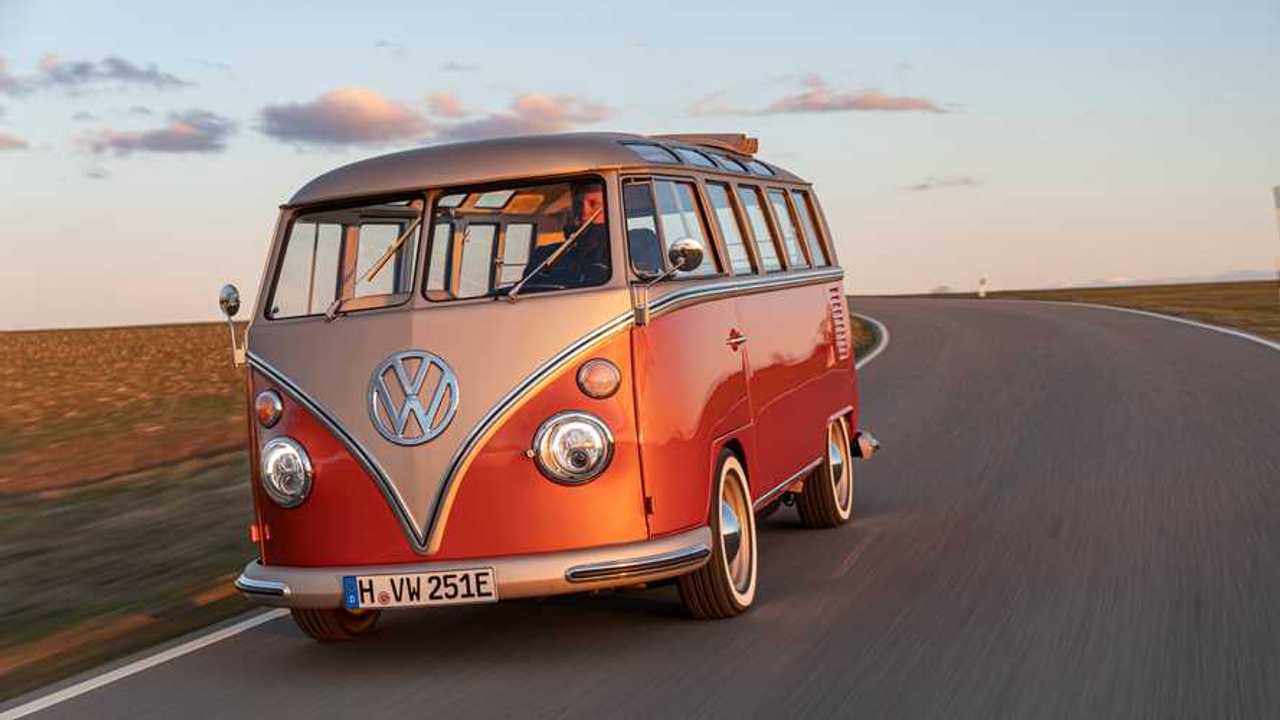 It’s not a one off and announces availability of EV conversions or fully built vehicles.

Volkswagen Commercial Vehicles has finally revealed the electrified version of its classic 1966 T1, a project it did in collaboration with a third-party partner, eClassics. The bus you see in the photos is the poster vehicle for available conversions carried out on original classics.

What eClassics does when it converts these old VWs is it swaps out the original chassis for its own, which includes a 35 kWh (or a later 45 kWh) battery pack and an electric motor driving the rear wheels, just like the original. Standard power output is 83 horsepower, but if you opt for the larger battery pack, you get a stronger 101 horsepower electric motor too.

The cost for a rolling chassis for a Beetle is €39,900 and the bigger battery pack and more powerful motor add another €15,900; a fully-converted car costs from €99,900. The motor and battery pack used are supplied by Volkswagen and are similar to what the manufacturer offers in its e-Up! all-electric city car.

eClassics Will Sell Its Electrified Beetle Floor Pan For 39,900 Euros
⠀

This Maruti 800 Is The Cheapest EV Conversion We've Ever Seen

Converting a T1 to the same specifications as this vehicle incurs a cost start from €64,900; conversions for the later T2 and T3 models are also available.

The e-Bulli revealed by VW has the lower output motor (but the larger capacity battery pack), but even without the more powerful motor, it has nearly twice the power of the original; its top speed has risen from 105 km/h to 130 km/h and the claimed range is 200 km (120 miles). Charging from flat to 80 percent takes 40 minutes via a 50 kW fast charger.

Thanks to the modern platform that it rides on, VW says the e-Bulli drives far better than the original. It’s all down to the “multi-link front and rear axles with adjustable shock absorbers and coil struts as well as a new rack and pinion steering and four ventilated disc brakes.”

Subtle interior and exterior modifications set the e-Bulli apart from unmodified classics. It has LED daytime running lights integrated into the headlights and there’s also an LED charge meter on the outside too. Inside, the main modification you may spot is the addition of a modern VW automatic gear selector, as well as a start/stop button and a digital display integrated into the standard analog speedo.