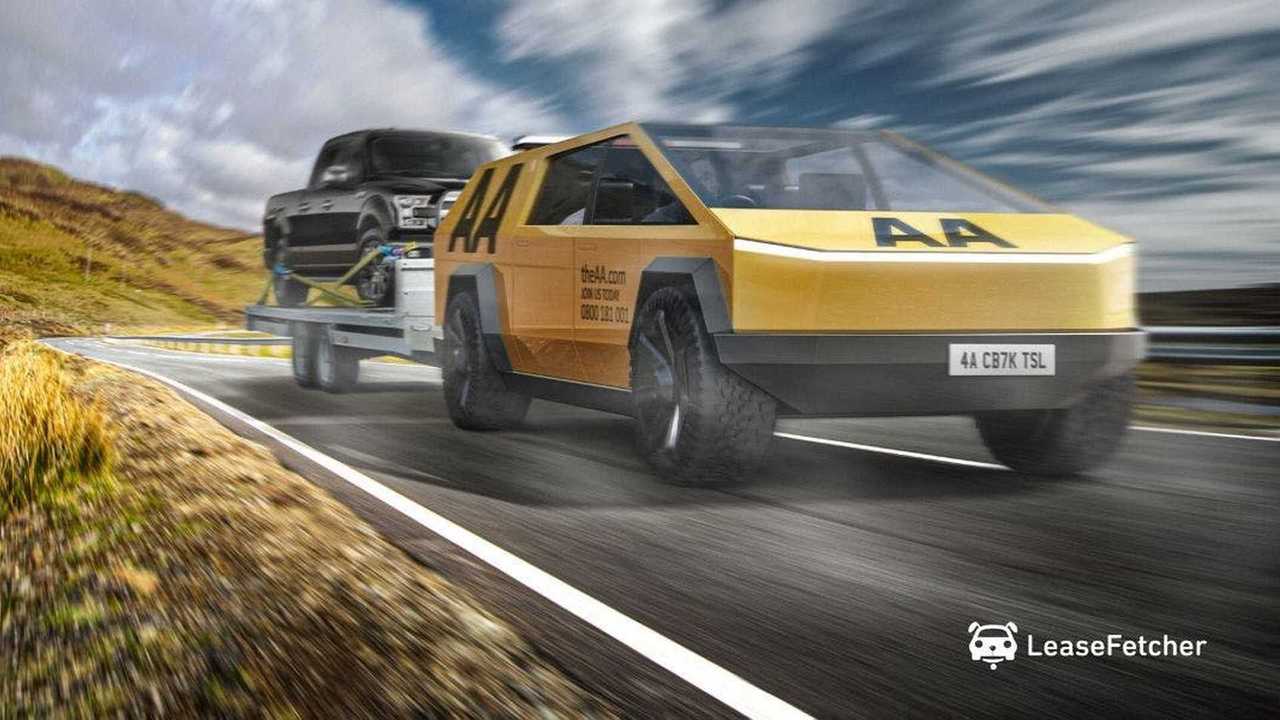 In times of coronavirus, it's been transformed into an ambulance too.

With the Model Y, Tesla showed it could anticipate delivery instead of postponing it. That means we have no idea when the Cybertruck will actually be available. Tesla still needs a new factory for it, probably in the central U.S., and expects deliveries to start in 2021. Whether it will meet this target or not is up to debate. Anyway, rendering artists already imagine the many uses it may have, such as these images from LeaseFetcher show.

The one we liked the most was this one above, of a rescue vehicle towing a Ford F-150. Perhaps because it was provocative but also because it is ironically related to a discussion on whether electric cars are harder to tow or not. The only problem is that it is not the Cybertruck but rather an SUV based on it.

That is the case for 5 of the 8 renderings created by LeaseFetcher. The one right above shows a Cybertruck ambulance, which may come in handy in coronavirus outbreak days. We just wish it is also equipped with Biohazard mode.

Another irony: our article from 2015 said it would make it especially popular in China, where the outbreak started and is apparently already under control. And we are not even The Simpsons to predict the future like that.

Since LeaseFetcher is based in the UK, it also shows very typical uses for this Cybertruck SUV, such as at the service of the Royal Mail.

The Domino’s pizza delivery SUV and the UPS vehicle give the vehicle an American touch, such as other applications for the Cybertruck that you will see below.

The Cybertruck NYC taxicab would make taxi drivers very happy in the Big Apple, even if they already have the option to buy the Model 3, which is not considered an Alt. Fuel vehicle because the law was made when EVs still did not exist. Weird, right?

If the taxicab is not enough, New York can also order the Cybertruck as a police car. Any doubt it would be very popular with law enforcement folks? The Coast Guard would also make fantastic use of the electric pickup truck.

As rendering artists show us, there is no limit for how useful the Cybertruck can be. We just hope it to arrive earlier than expected, like the Model Y.