Why Didn't The Tesla Model 3 NYC Taxicab Get An Alt. Fuel Medallion? 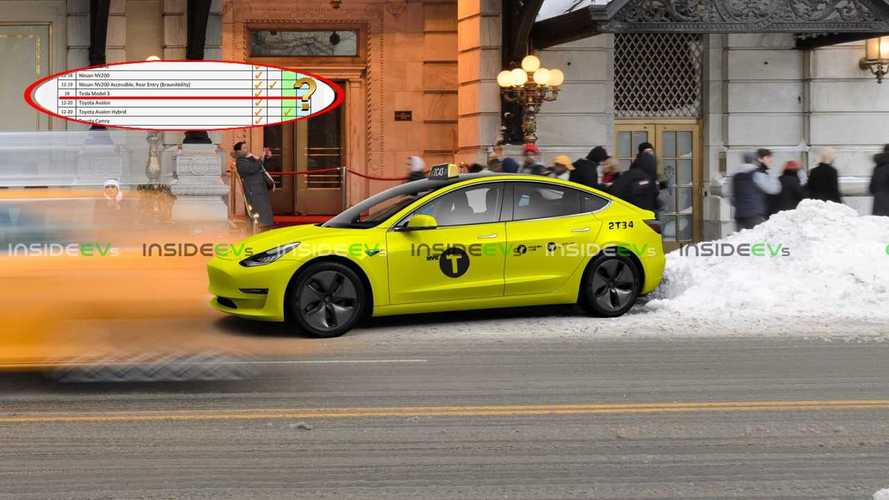 It was indeed approved as a taxicab in the Big Apple but as a regular car. One day...

Recently, news that the Tesla Model 3 got approval from the NYC TLC – New York City Taxi And Limousine Commission – to become a taxicab spread. In some time, you will be able to have a Model 3 take you around the Big Apple without driving it. No autonomous tech, but with the same sort of convenience. What this news did not tell you was that the Tesla did not get the Alt. Fuel Medallion. Just the regular one. Why, if it is a full electric?

Gallery: Discover Why The Tesla Model 3 NYC Taxicab Does Not Get The Alt. Fuel Medallion

Have a look at the NYC TLC page below.

We have provided a better image of the page so that you can give it a closer look.

This is what it shows if you do not want to go there yourself.

Did you realize all hybrids have the Alt. Fuel Medallion, but the Model 3 does not have that box ticked? We needed to know why and if that would give drivers with a Tesla any disadvantage compared to the drivers with the alternative fuel badge.

“Actually, the reason it isn’t on the list of approved vehicles for use with medallions set aside from 'Alt. Fuel' vehicles is more a nuance of law than anything else. On background, the local law passed years ago by the NYC Council mandating a percentage of medallions being sold for use with either wheelchair accessible or alternative fuel vehicles, but the way the law defined such a vehicle doesn’t technically encompass full EVs because they didn’t exist at the time!”

We thought that really interesting, but what are the practical results? Will a Tesla Model 3 not be able to do something an alternative fuel medallion holder could? Such as being able to move in special lanes, or parking is better spots or without charges, for example? Fromberg tells us more about it:

“I’m afraid not! No advantages other than better mileage!”

Some may think that the law needs to be updated, but what is the point if it does not have practical benefits for current alternative fuel vehicles? There is also an entertaining perspective of poetic justice in letting it as it is. One day, most cars will be electric. Alternative fuel vehicles will be the ones that actually have to rely on fuel to move. In other words, the law will eventually be very fitting.