Peugeot e-208 sales are now pretty close to Renault ZOE, while Tesla Model 3 emerged as the best of the rest.

February 2020 was the second straight month of a plug-in electric car sales surge in France - slightly below January records, but the month was shorter too.

The total new plug-in car registrations increased by an amazing 192% year-over-year to 14,055!

The number of 13,351 passenger plug-in cars represents about 8% of the total passenger car market.

The year 2020 is expected to be a true breakthrough in most of Europe right now, as manufacturers are required to significantly lower their average CO2 emission, which might be achieved basically only by selling electrified models (at least hybrids) in volume.

The French market is led by the French plug-ins cars - in every category we see #1 place captured by either Renault or PSA.

It seems that the e-208 is the biggest contender to the ZOE ever in France. 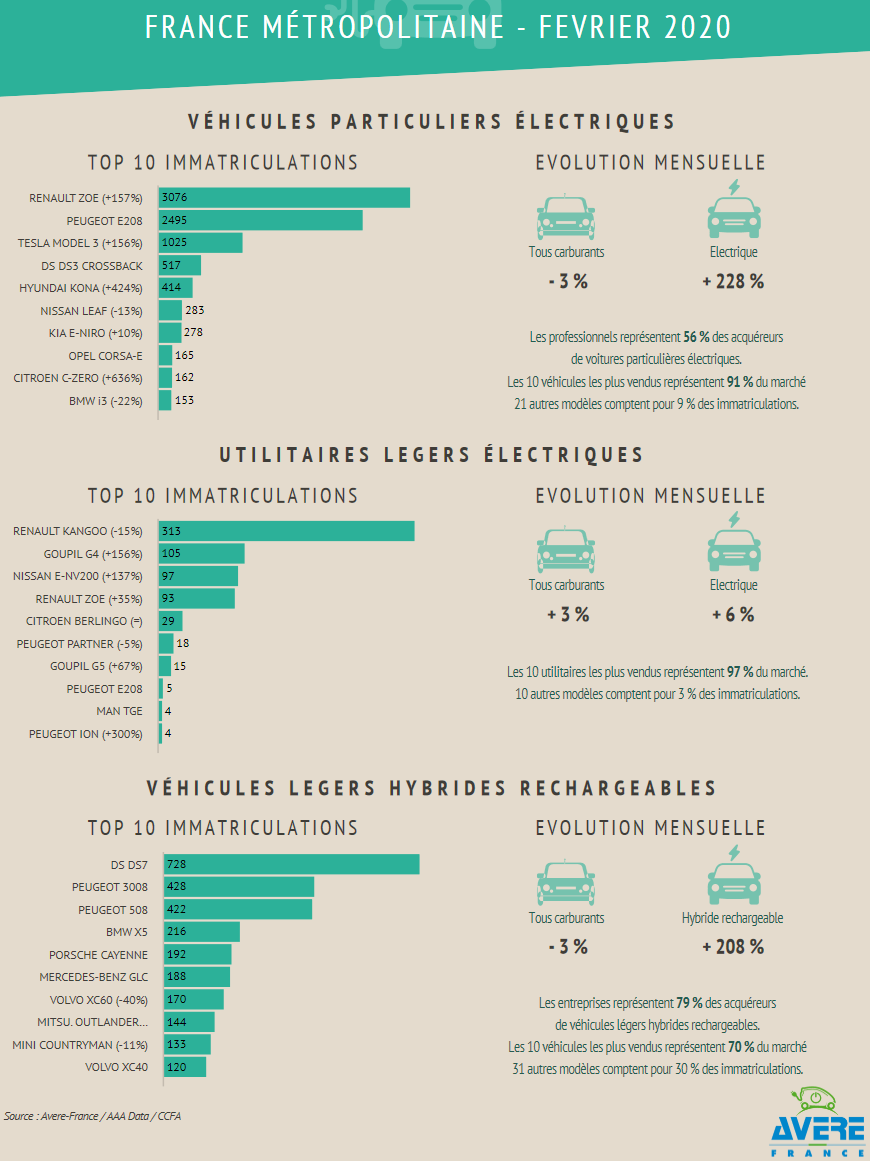