It comes as no surprise, but a heads up would have been nice.

It may have been safe to assume that the Volkswagen e-Golf was on its way out, at least in terms of another model year on our shores. However, VW never officially announced the car's discontinuation. In addition, the EPA recently tested the 2020 e-Golf and published the results. 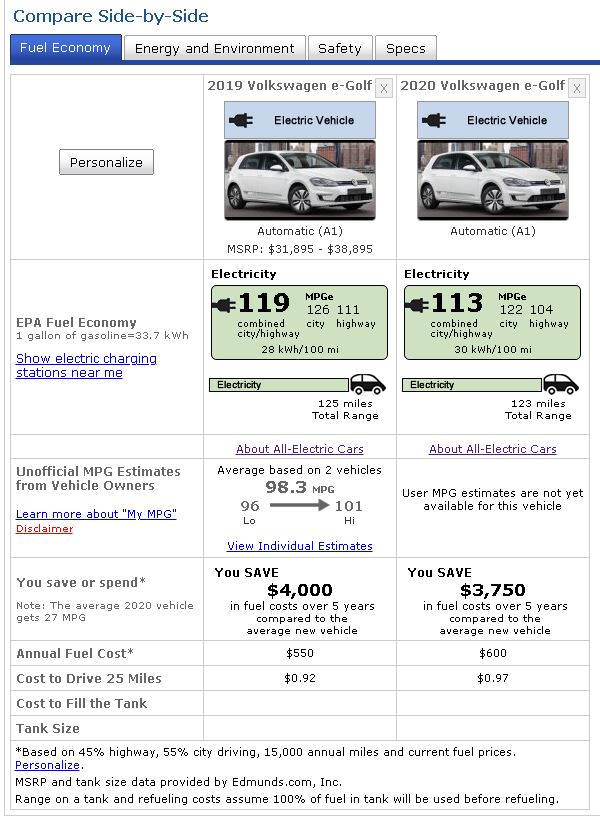 "Back in August of 2019, Volkswagen issued a press release providing information regarding their 2020 models and new technologies. On October 29, an unexplained edit was posted stating that the e-Golf was removed from the list as there would be no 2020 model available."

More recently, VW spokesman Mark Gillies said 2020 e-Golf production was allocated to Canada and the car wouldn't be sold in the States. However, he was unwilling to say the vehicle has been discontinued in the U.S.

This is sad news especially since 2019 was a record year for e-Golf deliveries in the United States. We have no official way of knowing why the car's sales were canceled, why the company hasn't officially announced it, and what the future may hold, since VW is unwilling to say it's officially discontinued. At any rate, Volkswagen has an onslaught of electric vehicles on the way in the coming years.

On a related note, we recently encountered a similar situation with the Honda Clarity Electric. As far as we can tell, there was no official announcement from Honda, but the all-electric version of the Clarity is no longer an option for 2020.