This Is Not the UAZ Hunter: It Is The Fully Electric MWM Spartan 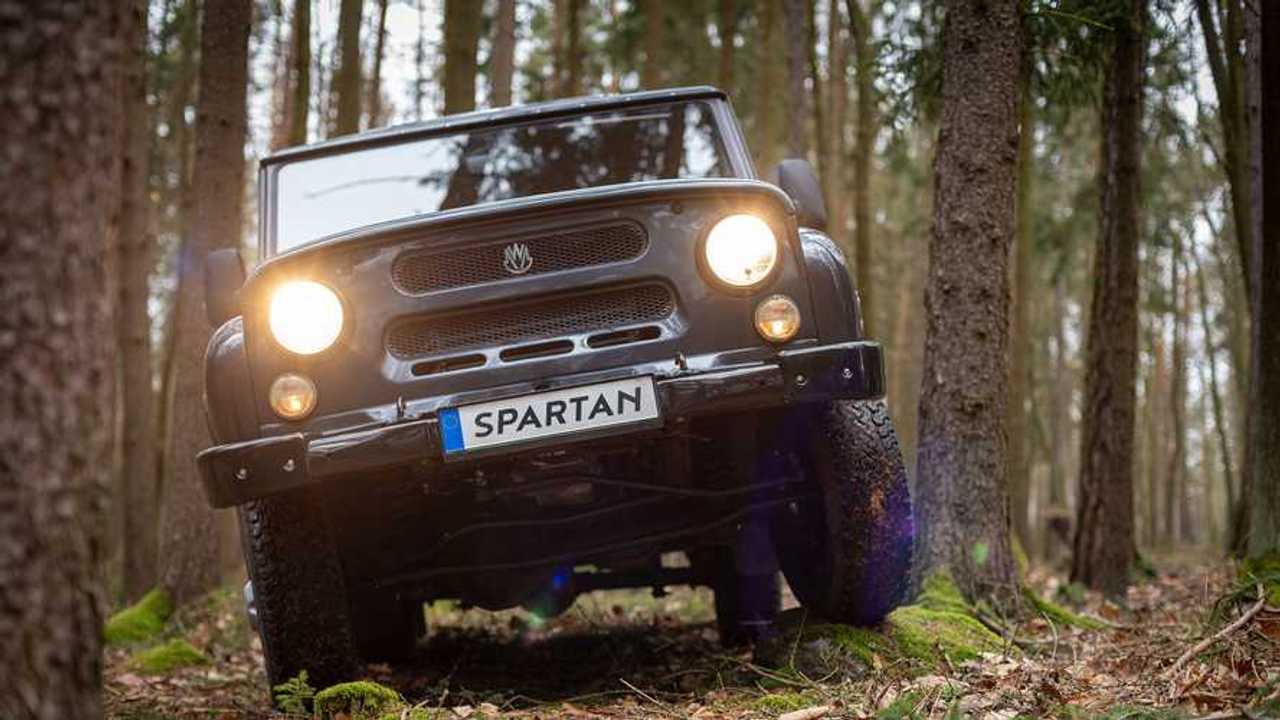 The right-hand-drive shows its focus is in the British market.

It’s been a while since we do not speak about MWM Motors. In 2018, it showed the promising Luka EV. In 2019, we heard about a vehicle called Exodia, but it was just a testbed for components, and Maurice Ward, the company’s founder, asked us not to write about it. Now, MWM sent us information on its new vehicle, the Spartan. Apart from the logo, you would call it a UAZ Hunter or even UAZ-469, but there are more changes to it. This is a fully electric car.

The charging cable is not the only evidence the Spartan offers of its zero-emission mission. MWM also presented a picture of the electric motor it uses. Unlike the Luka EV, it is not an AWD vehicle due to in-wheel hub motors, but actually to the transmission system this UAZ already had.

Sri Lanka's Super EV: Here Are The Real Specs For The Vega EVX
⠀

Toroidion Is Alive And Kicking: Promises To Cause a Revolution

MWM Motors says it will have battery pack options that range from 56 kWh to 90 kWh, but provides no estimated range for any of them. We have asked the company about that. The right-hand steering wheel denounces it has a focus on the UK, where the company promises to start selling the Spartan in Q2 2020.

Oddly, the company also mentions the Spartan will be available in petrol models. We have asked them if it is the original UAZ engine – which would make this Spartan mere badge engineering – or if MWM adopted a new one that could meet the stringent emission targets of the British market. We’ll update this article when we learn about that.

Other European markets will receive a left-hand-drive version of the Spartan later in 2020. MWM Motors did not clarify if that is for the EV or also for a combustion-engined derivative. We hope it is the first case.

The focus in the British market has obvious reasons: although the new generation Defender was launched at the 2019 Frankfurt Motor Show, MWM Motors believes orphan clients of the previous model still need a workhouse. The Spartan makes it clear with its name that this is what it has to offer. The EV version would make it easy to homologate the new car.

When it relates to power, British influence is once again perceived. Just like Rolls-Royce – which used to say its cars’ power and torque were enough – MWM Motors says the drivetrain on the Spartan is “suitably powerful.” Well, that is not enough, for sure.

Apart from technical specifications and prices, we’d love to learn where the Czech company installed the battery modules, which cells it chose to use and when the Luka EV will be put for sale. All we know is that the electric coupé has new colors. Hopefully, MWM Motors has news about sales as well. We’ll wait.