Recent "leaked" images give us a solid look at the Model Y with the rear hatch open and seats folded down.

The Tesla Model Y is set to launch in the coming weeks and there are still some key details missing. We haven't seen the available third-row seats or good shots of the cargo area. While we're still waiting on details about those seats, images recently popped up on Reddit showing the all-electric crossover's cargo hold.

Tesla owner and YouTube influencer Ryan Shaw compares the Model Y's cargo area to that of the Model S, but taller. In his video, you'll see a few shots that first appeared on Reddit.

Scroll all the way down past the lengthy video description to see another video and more images of the Model Y and its cargo area.

Tesla has officially begun scheduling Model Y deliveries for next month! Tesla is delivering the Model Y about a year after the unveiling, and about 6-9 months earlier than originally announced.

Tesla has been sending out emails to customers notifying them that their Tesla Model Y delivery is ready in March, but unfortunately, still waiting on mine.

As we suspected, all of the emails we’ve seen people post about have been those who pre-ordered the Model Y performance, since it’s the most expensive version, and Tesla typically puts those into production first.

Notably, it seems that as long as you ordered a performance Model Y, Tesla is delivering them all pretty shortly. We’ve seen customers receiving delivery emails who live in Florida, California, Denver, and more who ordered as late as this month.

Congratulations! Your Model Y is ready for delivery in March 2020.

The next step for you is to confirm when you’re able to take delivery so we can ensure the best experience possible.

Once you confirm your availability, we’ll send you an update in the coming days to notify you when you can log into your Tesla Account and complete any remaining steps such as financing or trade-in. Your Tesla Advisor will be available to answer any additional questions you may have.
We’re excited to have Model Y join your home and be a part of your transition to sustainable energy.

Welcome to the Tesla family.

And then there’s a button to “Confirm Delivery”. This then brings you to a page where a calendar from March 15th-31st, and it says delivery hours are from 8am to 10pm. Then you choose any dates that you can’t take delivery, or click “I can take delivery any day”.

Very exciting news for the Tesla Model Y since Tesla is way ahead of schedule and actually beginning customer deliveries in March. As you might know, I ordered the Model Y RWD in October but upgraded to the AWD in early January.

In my last Model Y video, I showed you how it looks like there will be a Model Y Tow Hitch.

Well, we saw another photo this week thanks to Robert Rorschach and it shows a Model Y with a dirt bike attached to the back, clearly attached with the tow hitch.

Regarding Model Y cargo space, we also got some amazing photos this week. These are uncredited and I think that’s on purpose because these are by far the best and closest view we’ve seen of the Model Y hatchback trunk yet.

To me, this hatchback trunk looks a lot like the Model S, to the point where when I first saw this photo, I thought it was a Model S, but you can clearly see how much taller this car is, you can see the horizontal Model 3 style screen that the Model Y also has, as well as the 3 independently folding 2nd-row seats. So this is definitely a Model Y.

A photo surfaced this week that showed a Model Y roof rack being tested by Tesla.

This is the first time we’ve officially seen Tesla testing the Model Y roof rack, but it seems very likely that they’ll bring it to production.

It appears that in the Model Y 5 seater, you’ll have all of the trunk space, the two under storage compartments, the frunk, a roof rack, and tow hitch. Definitely a very capable crossover.

Regarding The Model Y Wheels without the covers, I believe this is what they’ll look like.

In the meantime, as always be sure to like this video if you found it useful and make sure you’re subscribed to this channel to stay up to date on all things Tesla, Model Y, and tech. Thanks for watching, and I’ll see you on the next video. 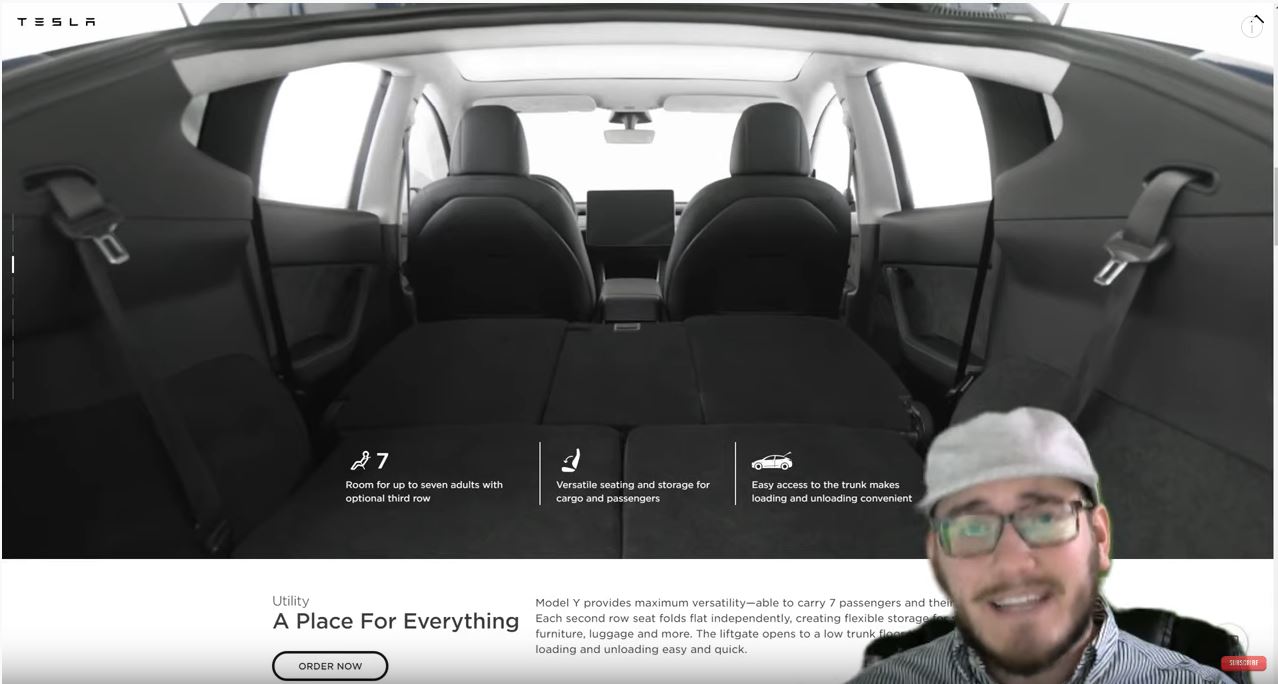 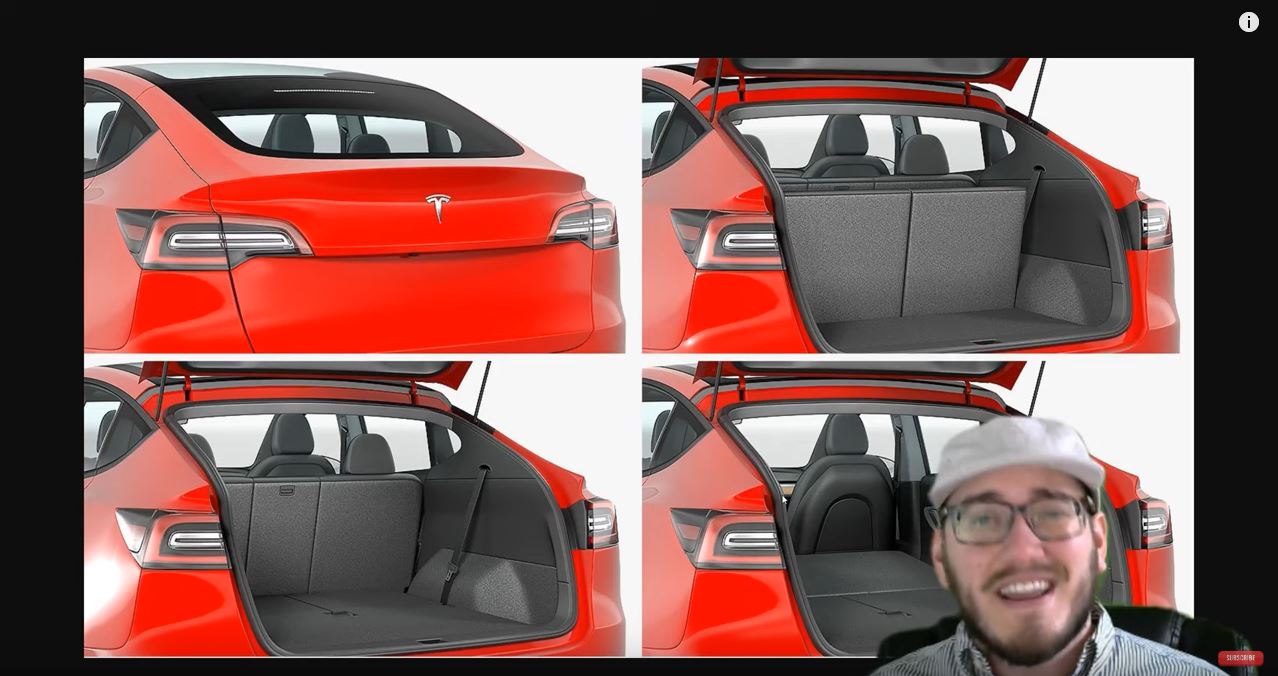