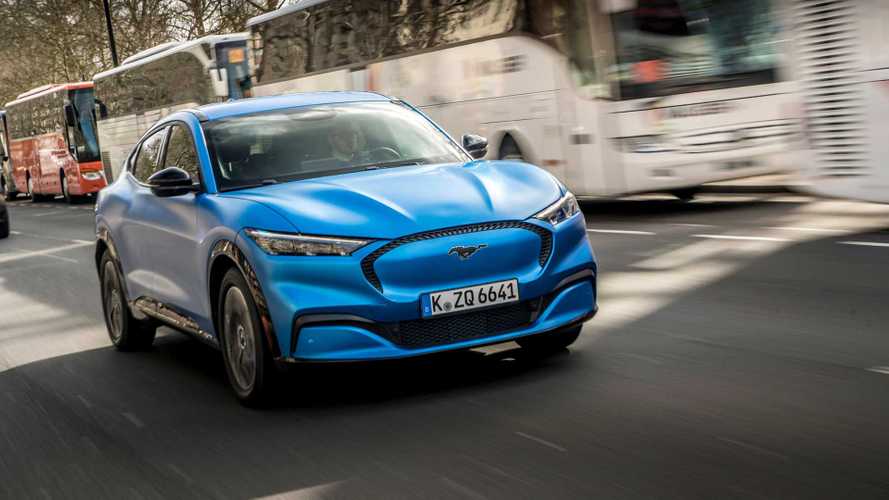 Ford didn't give up the keys, but these reviewers got an extensive look and a first ride.

Car Magazine recently spent some time with a pre-production Ford Mustang Mach-E in London. While the publication wasn't allowed to drive the car, it was able to take an in-depth look, followed by a ride across the busy city.

Car's overall impressions are somewhat positive, though it admits that it's probably still too early to form solid opinions. The publication likes the looks of the all-electric Ford Mustang crossover, as well as its "headline range" and lively and agile performance. It points out that Ford's strategy seems to be working since pre-orders are high and many Mach-E's are being reserved by a young audience.

Click On The Following Mustang Mach-E Stories For More Information:

We just reported about the Mach-E arriving in London. In fact, Fully Charged and AutoTrader provided video coverage of the crossover (above ⇑), and it appears many others in the local automotive press are getting some time with the upcoming electric SUV.

Back to the Car Magazine review, the publication left us with this conclusion:

"If the price tag is right and Ford can pull off the same trick it’s been doing for many years (namely, making its normal models drive with more dynamism than they rightly deserve) this could be an EV well worth watching. Will it be worthy of the Mustang name, though?"

Sadly, Car's test ride in the car was too brief and slow to allow it to gather and publish any fair conclusions. However, it did admit that the Mach-E is quite peppy, but perhaps not anywhere near the instant acceleration of a Tesla.

As far as the interior is concerned, Car Magazine noted that the pre-production model's cabin tech wasn't really functional, but it had the opportunity to check out the infotainment system in a "static car" nearby. It noted that the large 15.5-inch screen is "slick," but difficult to navigate due to multiple menus and sub-menus. Buttons around the interior seemed "slightly disappointing as they appear to be lifted directly from the common or garden Focus." On the flip side, the cabin itself is impressive due to its high-quality materials.

To read the entire story, follow the source link below. In addition, check out the related videos and then share a comment about your overall impression of the Ford Mustang Mach-E.