An epic cruise will highlight the past, the present and the future of automobiles.

Citroën announced an electrifying challenge for 2022: Ë.PIC – a cruise of the Sahara in electric vehicles, to celebrate the 100th anniversary of the first Saharan cruise by its automobile.

"Citroën’s presentation of the Golden Scarab replica at Retromobile 2020 marks the start of a daring project, just like the ones André Citroën himself had a taste for years before. In 2022, one hundred years after the first Saharan cruise, Citroën will set out to repeat the achievement with Ë.PIC – a cruise of the Sahara in electric vehicles, alongside replicas of the Golden Scarab and Silver Crescent."

While the cruise a hundred years ago was powered by an internal combustion engine, this time it will be electric, as the French brand intends to use production and concept EVs:

Same destination, same competitive spirit, same ambition. The objective of the challenge is not speed, but rather it is a human adventure on board three types of vehicle highlighting the past, the present and the future. At the start line: 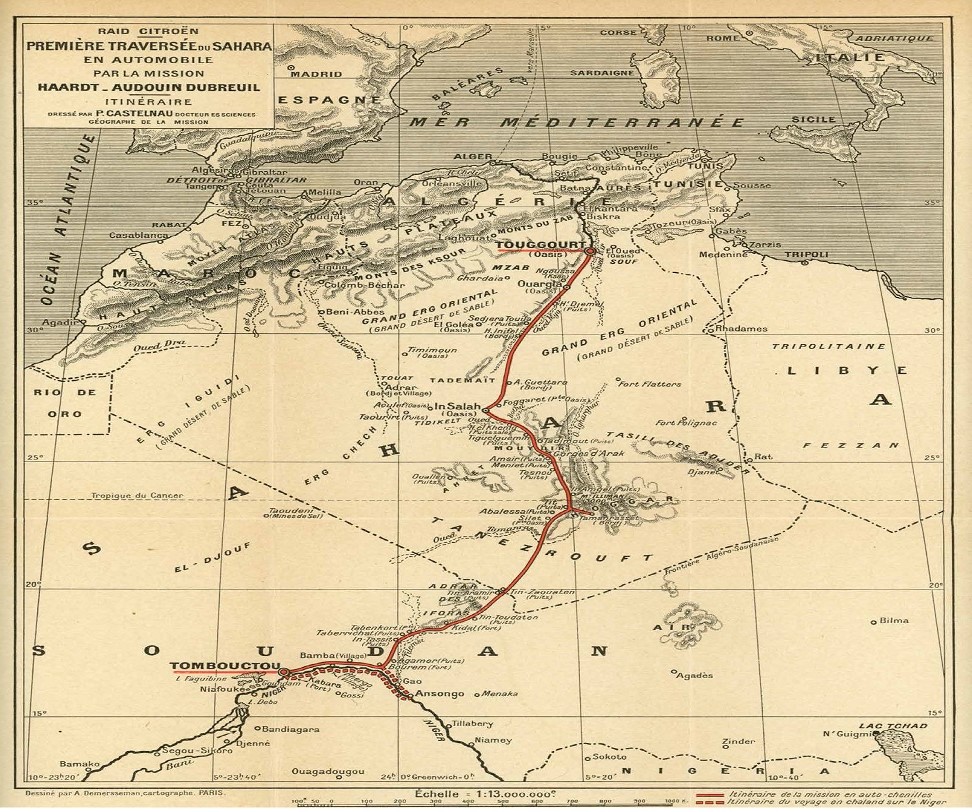 "The aim is to stick to the same historic route, so a total of 3,170km will be covered in just 21 days (with the necessary adjustments against the geopolitical background of some of the areas crossed). That means 200km from Touggourt to Ouargla, 770km from Ouargla to In-Salah via Inifel, 800km from In-Salah to Silet via Tamanrasset, 500km from Silet to Tin Zaouatine, 100km from Tin Zaouatine to Tin Toudaten, 100km from Tin Toudaten to Kidal, 350km from Kidal to Bourem, 100km from Bourem to Bamba, and 250km from Bamba to Timbuktu."

The reproduction of the Golden Scarab is already ready and fully operational (see video below), while the Silver Crescent will be unveiled later this year.