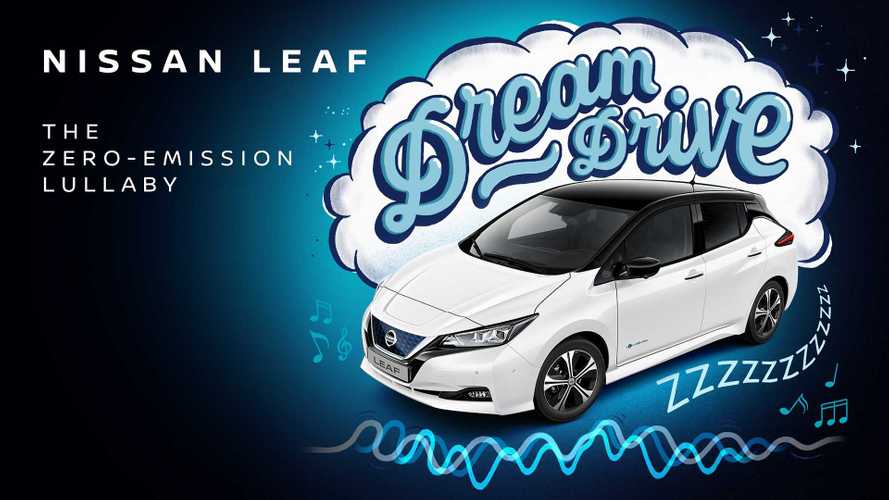 The company says it's engine sounds, not movements, that make babies sleep in cars.

Nissan has created an in-car “lullaby” designed to help electric cars mimic the sleep-inducing effects petrol or diesel cars can have on young children.

Working in collaboration with sleep coach Tom Middleton, the company first worked out the differences between sounds experienced in an internal combustion-powered Qashqai SUV and the company’s Leaf electric hatchback. Using that data, the team recorded an album designed to replicate the hum of an engine and to create a “hypnotic soundscape”.

The idea might sound counter-intuitive — after all, electric cars are renowned for their relatively peaceful cabins and quiet powertrains — but Nissan’s research found conventional engines are better suited to sleep than electric vehicles (EVs). Comparison of the Qashqai and Leaf interior sounds found that combustion engines emit a wider range of ‘hypnotic’ frequencies compared to EVs.

“Although an electric vehicle like the Nissan LEAF is a more environmentally considerate choice for ‘dream driving’, the quiet soundscape of an EV might not be as effective as internal combustion engine (ICE) cars,” said Paul Speed-Andrews, noise and vibration development manager at Nissan. “Combustion engines transmit a sound frequency, a combination of white, pink and brown noise varied in tone — creating an orchestral soundscape that is especially soothing and comforting to young children.”

As a result, the “optimised” soundtrack combines a variety of sounds heard on car journeys, including indicator clicks, engine sounds and even the sounds of interior materials. Nissan says the final track has “powerful lulling effects for babies and young children”.

And Nissan’s research suggests such a track will come in useful as we transition away from petrol and diesel engines and into electric cars. According to the company’s study of 1,500 UK consumers, more than half (51 percent) of parents use so-called “dream drives” to help lull young kids to sleep. And two-thirds of those (64 percent) say they do so at least once a week.

“One of the biggest worries new parents have is how to get their baby to sleep,” said parenting expert Elizabeth O’Shea. “Parents soon realise that taking a drive in the car or ‘dream driving’ is a great way to get a baby or young child to nod off.”

“But it’s interesting that it’s the sound frequencies of a combustion engine, rather than the movement, that helps children fall asleep. With the electric Nissan Leaf, environmentally aware parents now have a simple, guilt-free solution to gently lull their little ones to sleep.”