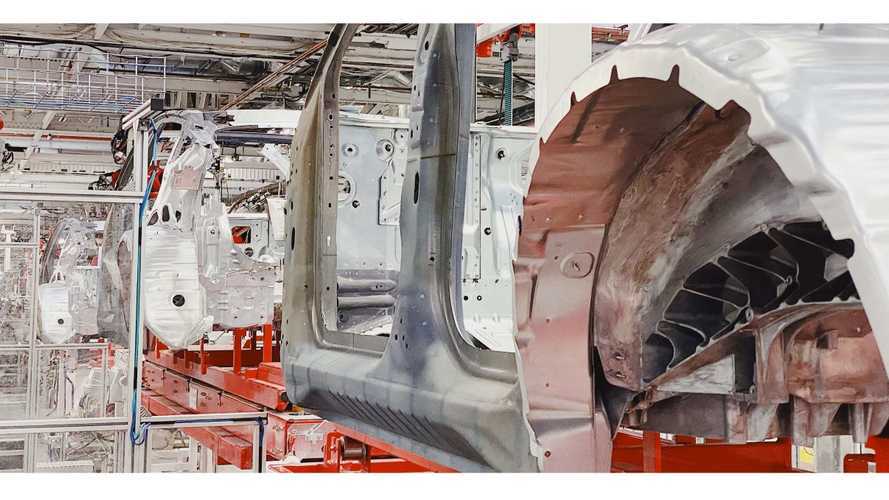 Patent images already insinuated that, but according to a Twitter user, this is for real.

Patent images we showed here back in July 2018 promised the Tesla Model Y would have a cast structure. When he went to Shanghai to announce the start of the smaller SUV program at Gigafactory 3, Elon Musk promised Tesla’s most affordable SUV would have “advanced manufacturing technologies that would be revealed in the future. If we are to believe the Twitter user Nafnlaus, that future is now.

Nafnlaus means anonymous in Icelandic, so we have no way to know on which basis he has posted this on Twitter, although he seems to know what he is talking about in the discussion that follows there:

The mysterious Twitter user uses the picture above and another one to the detail he wants to highlight. It shows the inside of the left rear wheel well and more specifically a structure that could not have been created solely by welding, as most body panels are joined together. It even could, but not for series production.

Anyway, we lack the engineering knowledge of what that truly means. With that in mind, we have tried to contact Sandy Munro and his team at Munro & Associates to see what they could tell us about that. We still have not heard back, but promise to update this article as soon as we do.

The giant casting machine that was patented gave us the impression that the process would include more than the rear structure of the Model Y. Perhaps Nafnlaus refers only to it because that is what he can see in the images as proof of the casting process. If the patents got to production as we have seen them, all the car frame must have been created with this method.

According to what we have researched on the subject, casting can limit high volume production. Tesla probably found a way to dodge this limitation. If that is the case, the company may have not only applied an innovative car body manufacturing method. It may have also revolutionized casting as a whole.

Will that make the Model Y cheaper to build? Will it also be safer than other unibody vehicles? Perhaps it is time to tell us the whole story, Mr. Musk.