Watch Automatic Braking Save A Tesla From Crash With Jeep Wrangler

The system is always active and it's there to help you at all times.

As a Tesla drives down an open lane in the road, a Jeep Wrangler quickly veers towards the Tesla. However, thanks to automatic emergency braking, the Tesla stops itself. Crash avoided. This system works extremely well and has saved many a Tesla from collisions.

The best part about a safety system such as this is that Tesla Autopilot doesn't have to be engaged for it to function. Automatic emergency braking is an always-on type of safety system that's there to save you in situations such as this and it does the job perfectly in this instance, 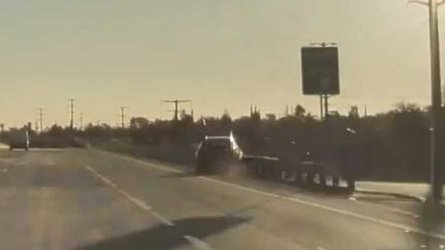 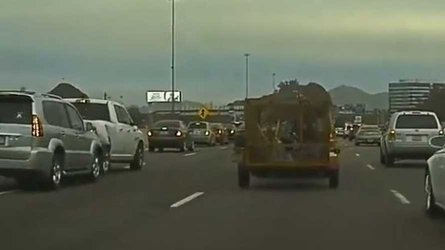 Of course, Teslas aren't the only cars with this type of system, but as we've seen from various TeslaCam videos and other well-documented tests, not all emergency braking systems perform as well. In fact, some are nearly useless and can't be counted on in many situations. Not even Tesla's system is perfect though, as documented in this post where the Model 3 failed to stop before hitting some dummies.

Grab a look at the video above to see Tesla's automatic emergency braking system come to the rescue in a time of need.

Tesla's automatic braking system is an incredible system saving the car from a crash. Tesla added this system in 2017