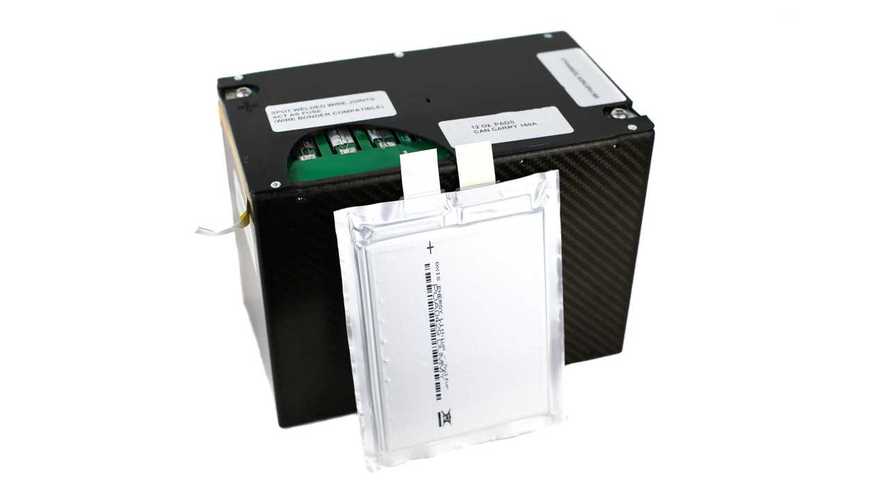 OXIS Energy, the well-known lithium-sulfur (Li-S) battery cell developer from the UK, announced this week that is close to achieving an energy density of 500 Wh/kg.

The company said that it has successfully tested its cell prototypes at 471 Wh/kg, and is confident in achieving 500 Wh/kg within 12 months.

Currently, OXIS Energy supplies its customers from Europe, the USA and Japan (on a relatively low scale we guess) with battery cells rated at 400 Wh/kg. The main general problem with Li-S over the years was their low life cycle.

"Consistently shipping cells at 400Wh/kg to its clients in Europe, the USA and Japan, OXIS is collaborating with major European chemical partners to develop an advanced lithium metal protection mechanism to ensure a significant improvement in the Lithium Sulfur (Li-S) life cycle."

Besides the battery cells, OXIS now offers also battery modules, with energy density about a fifth lower than on a cell level.

"OXIS has also successfully developed a standard Li-S battery module that saves production time and cost. It is the key building block for customer batteries and can be utilised in electric buses, electric trucks, aircraft and marine vessels.

Its main features are:

With demand for its cells increasing two-fold in the next twelve months, OXIS will double its cell production capacity in the UK during 2020. It has already built what is potentially the largest Test Centre in Europe for aircraft and vehicle manufacturers to test Li-S cells and battery systems safely.

The OXIS cell technology has already been successfully integrated and ground tested in an aircraft battery system and is scheduled to achieve Technology Readiness Level 9 in flight trials in the USA."

The biggest news is that OXIS Energy now is targeting an energy density of 600 Wh/kg and over 800 Wh/L. However, to do it, OXIS needs to combine its technology with the solid-state battery technology, which as we understand - is pursued by many, but not available yet.

Who knows, maybe at some point in the future we will finally see Li-S chemistry in electric cars, but not in the near term we guess.

"To bolster its achievements, OXIS is working with its clients and partners to develop Solid State Li-S technology. Its research scientists believe that they can extend both gravimetric and volumetric energy density towards 600Wh/kg and in excess of 800Wh/L with a significantly extended life cycle. Currently at TRL 2, OXIS is extending the research to hit the target of TRL 4 by 2021.

"OXIS continues to focus on the Aerospace, Defence, Marine vessels and Heavy Electric Vehicles market sectors where weight reduction, elimination of distance anxiety and safety are of paramount importance. The culture of early adoption of new technology, which characterises the 'can do' attitude of US business is driving the implementation of OXIS Li-S cell and battery systems across multiple markets. The United States and Japan are emerging as key new entrants in the use of Lithium Sulfur cells and battery systems."