It's hard to merge into traffic when you get brake checked.

This TeslaCam video captures a reckless driver who purposely blocks a Tesla and then even brake checks the Tesla while merging onto the expressway.

There's a bit of backstory to this one (read the video description down below), which seems to indicate that the Tesla driver may have unintentionally provoked this event, but regardless, this sort of dangerous driving needs to come to an end. 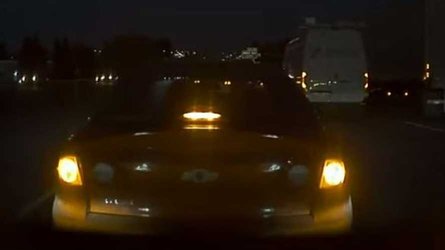 Watch This Chevy Purposely Brake Check A Tesla Then Speed Away
⠀ 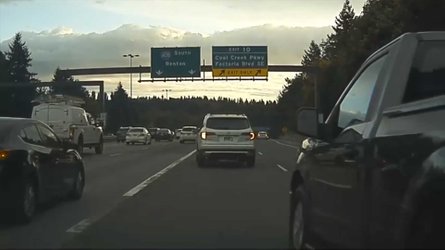 At the start of the video, you'll see the car in front of the tesla navigate a turn very slowly. This is done to block the Tesla's progress and to perhaps annoy the driver of the Tesla. Then, as both cars attempt to merge on the highway, the car in front slams the brakes. This is when the brake checking occurs.

It's a dangerous stunt, made even more dangerous by the fact that both cars are about to merge with fast-moving traffic, not to mention other cars might be behind and intent on accelerating to merge onto the expressway as well.

More Braking In Front Of Teslas 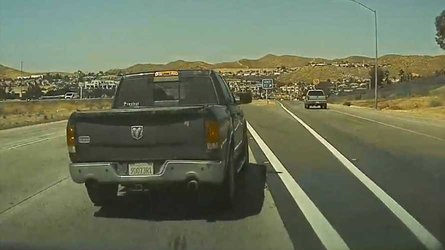 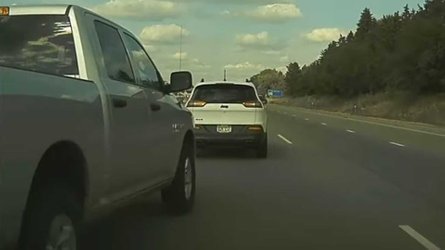 Grab a look at the video with the description below in mind and let us know your take on the matter.

Backstory: On the way to the freeway, there was a lot of traffic and at one point I braked pretty hard which I guess caused him to brake hard as well but no accident occurred. However, he did honk at me and then drove up next to me at a light to scream at me.

Me and my friend were confused at why he was so angry when no one crashed so we just ignored him. When the light turned green this was what happened in the video.