The trunk lid seemed like it could not hold that much water for longer.

You know what they say: when you got to go, you got to go. Otherwise, the consequences can be a flooding mess. Or rust. Or both, in this curious case of a Tesla Model 3 that needed to take a leak. Literally.

This situation afflicted us badly. As much as the Tesla Model 3 with the water, we had to let go of the information we had, obtained in a huge Facebook group. The public thread led to many funny and joking comments, as well as to some concerns. 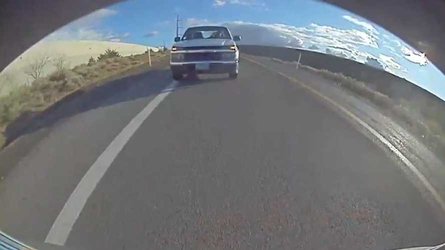 Watch Pickup Truck Try To Run Tesla Model 3 Off The Road, Then Chase It
⠀ 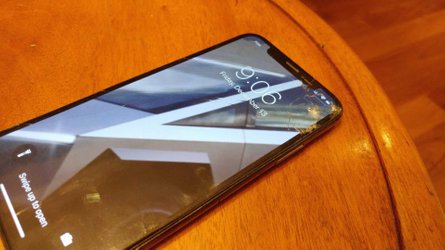 Watch How Tesla Cybertruck Can Sort Of Fix A Broken iPhone, Samsung

We have tried to contact the video owner for some days to get his authorization to publish his video, but he is a hard man to reach. At the same time, we could not let this information just die under the pile of posts that this Facebook group receives every day. Or risk someone getting to publish it before we could.

Elon Musk once said, “If something is important enough you should try even if the probable outcome is failure." So we decided to take the chance and download the video in the hopes that the rightful owner would finally get in touch. As a precaution, we will not identify him here, since we are not sure he wants the publicity involved. Anyway, we’ll gladly name him should he finally contact us.

The author of the video states in his original post that he opened the trunk and heard “a sloshing sound.” That was when he noticed this “interesting phenomenon,” which “ran steady for five minutes or more.” That’s a lot of water you had there, Model 3…

Apart from the entertaining comments the video generated, at least one user hoped that the trunk lid was made of aluminum. Unfortunately, it is not, as another commenter confirmed.

If that keeps happening to this Model 3, there is a good chance it will have a rust problem on the truck lid in the future. Are there more units with the same issue or is it something that makes this EV unique?

We hope the video maker takes his car to a Tesla to have this leaking problem checked and corrected. If not to avoid rust, at least to prevent having a tinkle in public like this.