Tesla Will Pay For Mudflaps In Canada: Generosity Or Strategy?

Splashguard kits range from around $20 to up to $40, but there is also labor to include.

A company is accused of delivering a defective product. It does not admit that but starts to provide – at no cost – something that will prevent the issue from appearing as fast as it currently is. What do you call that: generosity or strategy?

In a competitive business world, “for free” is not something you hear very often, especially from a company that has just started to turn a profit, such as Tesla. Well, it is offering Canadian Model 3 owners free mudflaps.

Gallery: Will Tesla Fix All A-Rust Issues On The Model 3?

If you are not aware of what is going on in Canada, many owners there are complaining about paint issues with the Model 3. For a long time. We have already told you Brent Chaisson’s story, but there is also Roger-Pierre Gravel.

TVA Nouvelles broadcasted his story last May 17. He was one of the first Quebeckers to order a Model 3 and paid CND$60,000 ($45,200) for it. After only one year of use, his EV presented the damages seen in the video above.

On June 14, after sending Tesla a formal notice to fix the issue, a Tesla lawyer contacted him to say they were analyzing his case, but that probably did not work. On September 30, Gravel announced he was suing the company. He repainted his car and is now asking for a refund. 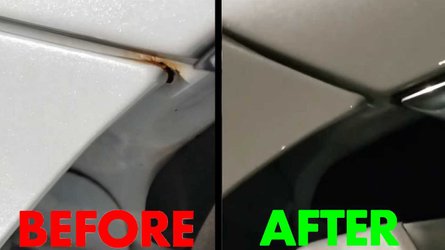 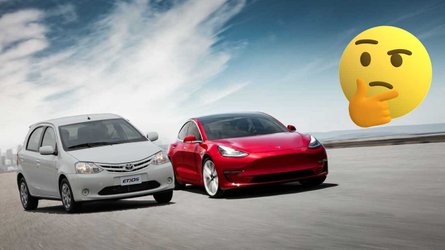 What Does The Tesla Model 3 Have In Common With A Cheap Toyota Etios?

Like Gravel, there are other 171 people at the Facebook group “Proprios de Model 3 avec problème de peinture.” It only accepts people that have paint problems with their cars in Québec. This implies other provinces may have many more people with paint problems in their Model 3s. Chaisson lives in Miscouche, in Prince Edward Island.

In that scenario, Tesla decides to install mudflaps for free in all Canadian provinces apart from British Columbia – we have no idea why. That is what TrevP, from the TeslaOwnersOnline.com forum, reported in a tread, quickly replicated on Twitter.

All Model 3 owners that do not live in British Columbia can have their mudflaps sourced and installed for free. The company actually calls them an “all-weather protection kit.”

According to GoodCarBadCar.net, Model 3 sales in Canada started in June 2018, and 20,100 units would have been sold there until October 2019. We have no idea how many in British Columbia, but the Richmond News states Tesla sold 463 units of the Model 3 in Q1 there.

As an automaker, Tesla could probably order them in a quantity that would reduce the price to much less than the $20. Let’s suppose it manages to pay $5 in each. Yet, you have to include labor. If it takes one hour to install the kit, Tesla currently charges $195 as the hourly rate in Service Centers. That’s $200 times 18,600 cars, or $3.72 million.

That may be chickenfeed to car companies, but they are famous for trying to reduce pennies in production costs. When multiplied by the large scale of cars getting off assembly lines, those pennies become massive amounts of money.

With that in mind, Tesla’s decision to install mudflaps for free had to have a strong reason. Why now? Why has no other carmaker decided to do the same thing in Canada? Perhaps because they did not have to? Will that include other countries with paint problems, such as the US, Finland, France, Germany, and Sweden?

It is worth reminding that Tesla’s offer includes all Model 3s sold in Canada to date – apart from the ones in British Columbia – and future deliveries, as the screenshot informs.

We would applaud the decision of the company to take measures if they were enough to address the issue. If the Model 3 paint is thin and fragile, as the Finnish Chamber of Commerce stated in August, unfortunately, that is not the case.

Installing mudflaps for free looks dangerously similar to buying time and postponing more severe issues with the paint. Preferably to when the warranty is no longer valid.