Can An EV Already Be a Classic? What About A Rare CODA Sedan? 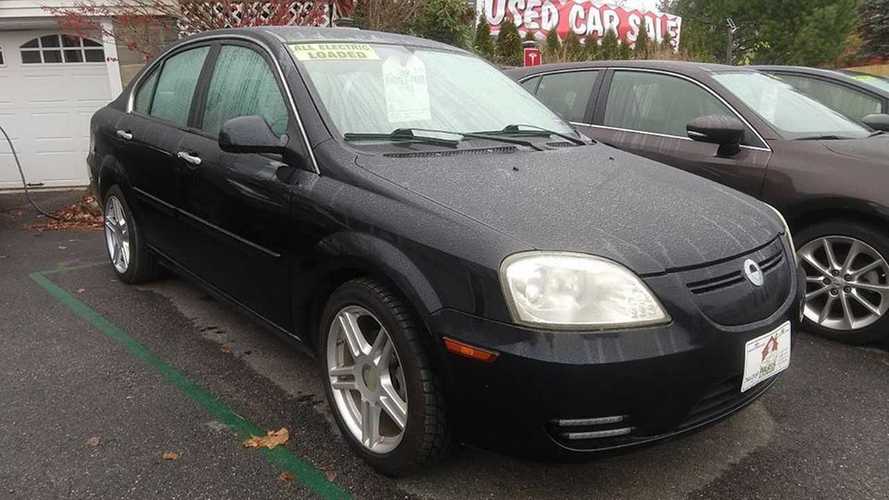 Classic cars are vehicles worth preserving for their historical interest, but they are usually more than 20 years old. That would put most electric cars out of reach for such a classification, but there are some that could bend the rules a bit. Their manufacturers no longer exist, but they were part of the path towards electrification. One of them is CODA, which filed for bankruptcy in May 2013. Only 117 made its way to American owners, and one of them is now for sale for only US$ 4,500.

The car ad is on Facebook Marketplace, sold by Paris Autobarn. You can also find it on the company’s website in case you are considering to have this piece of EV memorabilia.

According to the ad, the car “runs and drives.” It is also “sold as is,” which implies there are some aspects that require a little TLC – tender loving care.

Paris Autobarn also stresses that servicing will be extremely complicated unless you have connections with China. The CODA is based on the Hafei Saibao, so you may get some of its parts from Hafei.

Anyway, Paris Autobarn pleads that you never buy this vehicle as your sole means of transportation. In case you do, that would obviously be to preserve this already rare unit of EV history. At least that is exactly how you handle classic cars, which may not be as dependable as modern ones.

The CODA history did not end when the company filed for bankruptcy. Mullen Technologies bought the remaining units and sold them as the Mullen 700e. Curiously, the last 50 units were sold in 2019 as new cars and still able to receive the US$ 7,500 tax credit, as you can see in this document here.

According to it, Mullen needed to make room for its new EV, the K50 coupé that is produced by another Chinese company, Qiantu. The K50 is still not for sale, but it presents much more exciting numbers than the CODA, such as a limited top speed of 125 mph, 0-to-60-mph time of 4.2 s, and 250 mi of range.

Will it pay off to buy the CODA? Will people value it in the future? Will it be possible to keep it running and as original as possible for 20 years or more? That is undoubtedly a bet few are willing to make, but those usually are the ones that bring better results.