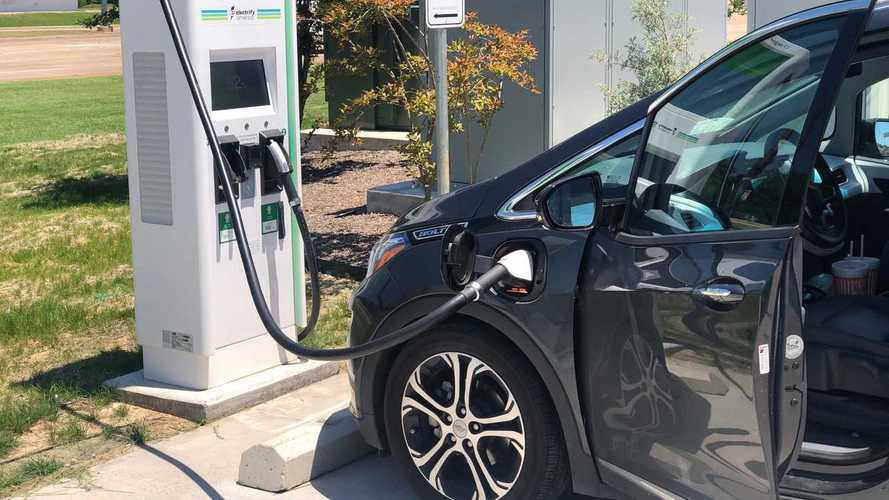 We can only hope that plans like this go into effect in the future.

US Senator Chuck Schumer (D-New York), the current Senate Minority Leader, understands that accelerating the transition to electric vehicles is critical to the future of the US auto industry. He has outlined a plan that would invest $454 billion over 10 years to stimulate EV adoption.

Schumer’s plan would provide rebates of $3,000 to $5,000 (plus another $2,000 for low-income buyers) for owners of gas vehicles that are at least 8 years old to trade them in for US-made EVs, PHEVs or fuel cell cars. The old vehicles would be scrapped.

The proposal also includes $45 billion for charging stations and $17 billion in incentives for automakers to update their factories to build zero-emission vehicles or charging equipment.

Senator Schumer announced his plan in a New York Times op-ed. “What distinguishes this proposal is not only its scale but also its ability to unite the American environmental movement, the American labor movement and large automakers,” Schumer writes. “It has already earned the support of climate groups like the Sierra Club, the Natural Resources Defense Council and the League of Conservation Voters; labor unions like the United Automobile Workers and the International Brotherhood of Electrical Workers; and car manufacturers like Ford and General Motors.”

“You might object: Isn’t the transition to electric vehicles already happening?” Schumer continues. “Yes, but it is progressing too slowly. Transportation still accounts for nearly one-third of America’s carbon output. Even though many American automakers are preparing for an all-electric future, electric vehicles are still too expensive for too many Americans, and our country lacks sufficient battery-charging infrastructure.”

“Critics have long said that bold action on climate change would cost America money and jobs. This is not true. My plan is estimated to create tens of thousands of new, good-paying jobs in this country and should re-establish the United States as the world leader in auto manufacturing.”

“But we have to move fast,” Schumer warns. “China now accounts for more than half of the world’s electric vehicle market; it overtook the United States as the world leader in 2015. If we don’t match the level of China’s commitment, we will miss an enormous opportunity.”

UAW President Gary Jones said the proposal “honors the sweat and sacrifice of American autoworkers by investing in domestic manufacturing of electric vehicles and incentivizing high-quality jobs across the auto supply chain.”

Charged is delighted to see one of our nation’s leaders acknowledge the threat that the stalled transition to EVs poses to the US auto industry. We also note that a system of cash rebates would be far superior to the current tax credits, which benefit only a handful of upper-income car buyers.

Of course, the proposal is unlikely to become reality under the current political regime, as Schumer himself acknowledged: “I have promised that if Democrats win control of the Senate in November 2020, I, as majority leader, will introduce bold and far-reaching climate legislation. This proposal for clean cars would be a key element of that bill.”

As Charged has often argued, a carbon tax would be a fairer and more efficient way to reduce emissions than incentives targeting specific technologies. However, politics is the art of the possible, and the real aim of Schumer’s proposal seems to be winning the support of auto workers in key Midwestern swing states as the 2020 elections loom.

Electrification is certain to cause major upheavals in the auto industry, and there’s a risk that auto workers (and oil industry workers) will begin to see EVs as job-killers. Any plan that seeks to accelerate the transition to a clean energy economy while also protecting American manufacturing is worthy of serious consideration.