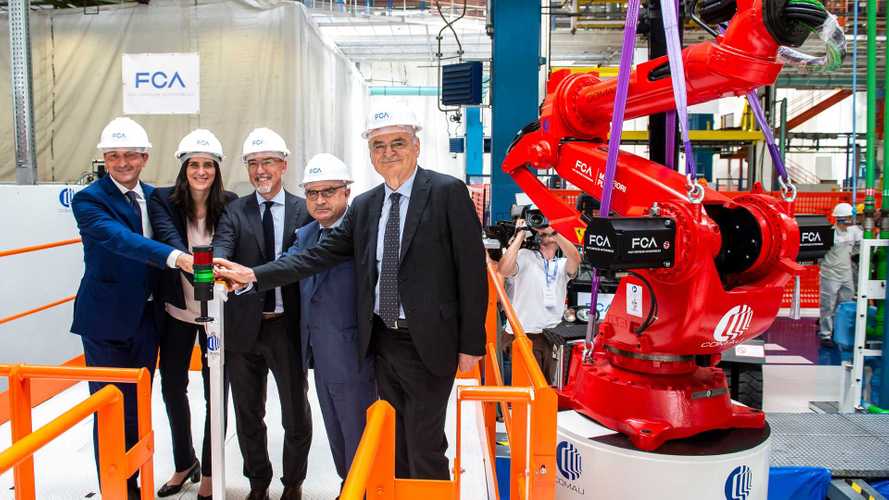 Fiat Chrysler Automobiles (FCA) announced a new battery assembly complex that will be buil at the Mirafiori plant in Turin, Italy.

The €50 million ($55.6 million) investment in the "Battery Hub" will enable FCA to produce battery packs for upcoming all-electric cars that will be produced at the Mirafiori plant.

The new "Battery Hub" facility will have an option for further expansion at a later stage, which suggests that FCA is already thinking well ahead.

"A complete battery assembly center will be created in a specially designed building, with the potential to be expanded for future projects. The most advanced technology will be used with modular and flexible processes, including the use of collaborative robots working hand-in-hand with operators.

The new "Battery Hub" will also have space for training courses as well as prototyping and experimentation during the pilot process. This initiative will allow FCA to respond quickly to the continually evolving electrification sector. The new "Battery Hub" will also have an advanced technology center dedicated to quality control and testing of components provided by industry-leading suppliers. After assembly, state-of-the-art electronically-controlled systems will be used to test the efficiency of the batteries. Comau will be a partner of the initiative thanks to its expertise in the assembly process."

"The automotive industry is undergoing a period of profound change and one of the major trends is closely linked to electrification. With its new car battery assembly center at Mirafiori, FCA accelerates its drive to electrify, adding now another element to the 'ecosystem' that starts from supply chain and ends with customer support. A journey passing through the recent partnerships on recharging infrastructure, Vehicle-to-Grid and services to support customers of hybrid and full electric cars, from Italy to the rest of the world."

FCA plan in Europe include: