One was an Exxon employee, and his work, along with that of others, started a revolution.

It would be hard to think of any technology more critical to today’s technological wonders than the lithium-ion battery, which is found in everything from tiny hearing aids to giant power plants. Three pioneers of our “rechargeable world” - John Goodenough, Stanley Whittingham and Akira Yoshino - have won a well-deserved Nobel Prize in chemistry for their work in developing lithium-ion energy storage technology (as reported by Bloomberg). 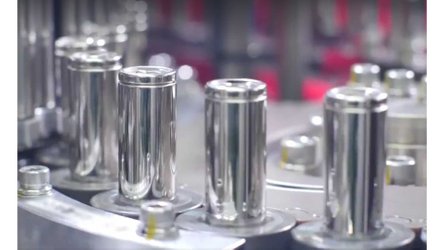 Above: Lithium-ion batteries have helped electric cars, like those from Tesla, to thrive and compete with vehicles powered by gas or diesel (Source: Tesla)

In one of the great ironies of history, Whittingham began working on lithium-ion batteries as an employee of Exxon Research & Engineering in the 1970s. He discovered the important concept of intercalation - the reversible insertion of an ion into an electrode - which is one of the basic principles of a rechargeable battery. “It’s like putting jam in a sandwich,” he explains. “In chemical terms, it means you have a crystal structure, and we can put lithium ions in, take them out, and the structure’s exactly the same afterwards.” Whittingham’s lithium battery was manufactured by Exxon in the 1970s. The petrochemical giant envisioned using the technology in cars, but it wasn’t yet suitable for automotive applications.

John Goodenough expanded on Whittingham’s work at Oxford in the 1970s and 1980s, and found a way to double the storage capacity. At this point, the batteries were still searching for their “killer app,” which turned out to be the handheld 8 mm camcorder. Akira Yoshino commercialized Li-ion batteries for Sony in the 1990s, and camcorders were the most important application of the tech for some years. In 2000, the main source of demand was laptops. By 2010, the ubiquitous smartphone had become the biggest user of lithium-ion batteries.

The first electric vehicle to use Li-ion batteries was GM’s martyred EV1. In another great irony, GM canceled (and crushed) the vehicle in 1999, just as an upgrade from lead-acid batteries to Li-ion greatly increased its range.

Above: This year's Nobel Prize in Chemistry was awarded to three scientists credited inventing the rechargeable lithium-ion battery (YouTube: Engadget)

Around the turn of the century, Tom Gage and his team at AC Propulsion retraced GM’s path - when they replaced the lead-acid batteries in their tzero electric sports car with lithium-ion batteries, it was 700 pounds lighter, had a range of about 300 miles, and could do 0-60 in an impressive 3.6 seconds. Soon Tesla founders Martin Eberhard and Marc Tarpenning came calling, and the rest is history. The Tesla Roadster, the first commercially viable EV, used 6,831 cylindrical lithium-ion cells of the same type used in laptops.

Since then, Whittingham’s discovery has completely reshaped the automotive and energy industries. According to Bloomberg, battery costs have dropped by over 80% in the past nine years, and manufacturing capacity has increased more than 200-fold in 15 years. By 2023, global capacity is expected to be double today’s figure.

“Lithium-ion batteries have revolutionized our lives since they first entered the market in 1991,” said the Royal Swedish Academy of Sciences in its announcement of this year’s chemistry prize. “They have laid the foundation of a wireless, fossil fuel-free society, and are of the greatest benefit to humankind.”