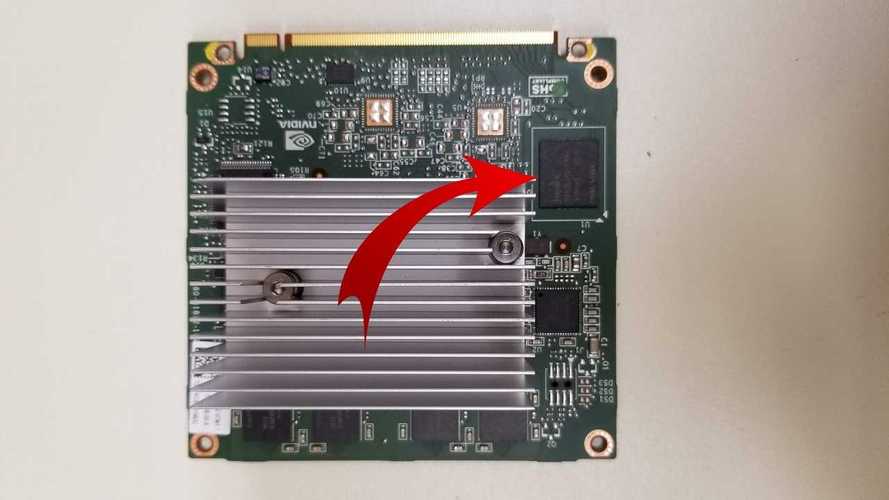 Owners tell us what happened to them and technicians prepare you to recognize failure.

When we told people Tesla’s MCU – Media Control Unit – was in danger of failing in all the company’s cars, reactions were amazingly different. Some said, “so what?” Others tried to protect the company by stating it is reasonable to replace computers, so why not the computers their cars have, even if their cars are computers on wheels?

The worst ones compared MCUs to wearing parts, such as spark plugs or timing belts in ICE vehicles. Among these, we also received questions of concerned owners. They wanted to know how to recognize problems in the MCU of their cars. Jason Hughes and Robert Cotran helped us once again. Not only them: people that had issues with the eMMC flash memory chip also told us their stories.

Jim Alger does not have one Model S. He has four of them, one for each family member, all bought between 2014 and 2015. In 2017, he purchased a Model 3, and he is already considering the Model S Plaid and the Tesla Pickup Truck. That is how much of a Tesla enthusiast he was. Actually...

“I still am a Tesla fan. They just do things that annoy the hell out of me sometimes, things that are completely unnecessary.”

He says that his cars were mostly trouble-free for most of this time. The only issue he had was with the replacement of motors under warranty until about three months ago.

“I started getting the bubbling on the MCU screen that is a known issue in one of them. A second one has gotten a little glitchy, but so far, it seems OK.”

Before telling us more about the problems, Alger wanted us to know about a recent 5,000-mile cross country trip with one of his 2014 Model S vehicles. It already had 115,000 miles on the odometer.

“How many vehicles do you know with over 100,000 miles on it that would allow you to say comfortably: ‘Let me stick my family into the car and drive across the country and back again?’”

He wishes to travel that way more often, but not with a glitchy MCU.

“I’m planning on proactively having the chip replaced before the MCU decides to go out on another cross country trip. This MCU issue is really a time bomb in the car.”

While some of our readers said there was no point in complaining about the problem, Alger begs to disagree.

“Tesla has been fully aware that each and every MCU in these vehicles is going to fail. Their solution to this is a $2,000 to $3,000 replacement. You’ve already written articles about whether or not that’s smart, but they are currently replacing them with the same unit that they know is going to have a problem. By the time it happens, of course, a lot of these cars will be out of warranty. In my opinion, that is not OK.”

Another mistake Alger wanted to correct relates to the ones that believe anyone who bought the FSD package will have an entirely new MCU for free.

That is why Alger’s idea is to get the MCUv2 on his cars, something he has been trying to do for a long time.

“Elon has been telling people they can upgrade to the new version of the MCU for over a year. In fact, almost a year and a half. Yet, the service center is constantly telling us there’s nothing we can do. As you know, the MCU that is in all of these cars made before 2018 will fail. Full stop.”

Tesla Services Centers claim that it is not possible to make the retrofit. Alger refutes that.

“They haven’t made it a priority. There is a harness adapter that is required. Replacing the MCU requires replacing the instrument cluster on the Model S and Model X, as well as adding a 5G antenna. It’s not a small job but it absolutely can be done.”

“Tesla has had a very bad habit of telling people things can’t be retrofitted when they can. They told me I couldn’t retrofit my door sills. They are just a piece of plastic that fits right in and snaps right in, but I was told it couldn’t be done. I just bought the parts and did it.”

Taking matters into their own hands made people even do what Tesla Service Centers say that can’t be done with the MCU. Where there is a will...

“People have retrofitted heating steering wheels in their cars. They have retrofitted the automatic charge port door, which takes a little bit of work but still has been done. And there are multiple cases of people retrofitting MCUs. I’ve seen one personally.”

Alger finally describes the issues with his MCU.

“The web browser stopped working about three months ago, and it’s getting more glitchy so it clearly is getting ready to go out. I’ve been trying to hold out as long as I can to do the MCU upgrade, hoping it comes available soon.”

That is precisely one of the symptoms Jason Hughes, from 057 Technology, tells our readers to pay attention to.

“The first signs will usually tend to be super slow startups from sleep or reboot, sometimes on the order of several minutes to come out of sleep mode.”

“Excessive sluggishness – MCUv1 isn't super snappy as it is, but if it takes 30+ seconds for your controls page to come up, you might have a problem. Browser not working at all – blank white page no matter what. Slacker or Spotify hanging for extended periods (minutes) despite good cell/wifi signal. And obviously, if a unit fails to boot completely (black screen) and the instrument cluster shows something like ‘Please wait while systems power up’ for a long time.”

Robert Cotran, from Cotran Consulting, mentions some more ways to discover the problem in time to prevent it – or to ask for a replacement under warranty.

“Possible signs of issues with the MCU would be Bluetooth starting to fail – or failing completely – navigation not working, freezing of the MCU – requiring a reboot – blank screen, or other odd behavior from the touchscreen.”

“Basically, if many times the infotainment isn't performing like it should, and a reboot doesn't solve it, it could be the flash issue.”

“This behavior is not a sure sign that the eMMC is failing.  It could be some other system failing, but Occam's Razor suggests it's the eMMC.”

Alger stresses something about the problem.

“Contrary to what some people have said, it does not ‘brick’ the car. Even if the MCU dies in the middle of nowhere, the car will still continue to drive. That is one thing that you cannot take away from Tesla. There are very few things that can go wrong with the car to actually strand you on your trip.”

Our other Tesla Model S owner cannot say the same. Rick prefers not to have his full name disclosed. He spontaneously got in touch when we first published the article about the eMMC issue. He wanted to thank us for showing that there is an issue. He’s been already complaining to Tesla about it for some time.

“I have a 2015 Model S, and my MCU failed a few weeks ago due to an eMMC failure. The car could not be driven, and the way Tesla handled the situation was deplorable – it was basically held ransom. I posted about my experience on Tesla Motors Club forums. My handle there is rickrickrick.”

Rick’s situation was way worse than the one Alger is currently experiencing.

“The MCU they just put in my car has a four-year warranty with no mileage limit. They said my original MCU was not in warranty because I have over 50,000 miles though I've owned the car for less than four years. They wouldn't pull logs for me – ironic – to research the issues I've had with the MCU while I was still in warranty. I didn't realize the end game with what I experienced back then.”

Cotran confirms Tesla could check the logs to see if Rick’s MCU already presented issues when it was still under warranty coverage.

“Ironically, the infamous logs which actually cause the eMMC to fail in the first place do have entries showing that there are errors in the integrity of the data on the eMMC. It takes specialized access to read those logs.”

Rick was obviously not happy with the solution Tesla gave him. Especially because he does not understand why his first MCU lost its warranty due to mileage, and the second, which is exactly the same, will have a time warranty regardless of mileage.

“I asked to escalate, they directed me to the car warranty, which explains arbitration.”

Rick had to pay for an MCU that he knows that will fail again. MCUv2 has a strong possibility of failing despite the larger capacity – due to continued logging and larger software – but at least it is a safer bet. That is why Alger and almost 4,000 owners want to be able to upgrade to MCUv2.

“Why on Earth would I want to replace my MCU with another one that’s going to fail in 4 to 5 years? As the software updates continue to roll out, people with MCUv1 are being left in the dust. There are literally thousands of people who are willing to pay for the upgrade. There is a petition on change.org, but last I checked, I had over 3,000 signatures on it.”

While Alger still loves Tesla, Rick is disappointed to the point of no return.

“The Twitter comment from Elon in your article is laughable. I was a huge supporter of the company. No longer. Your article struck a nerve. It makes me even madder about the whole situation.”

“I think that, in some ways, Tesla is a victim of its success. One of the most dangerous things for companies is growing too fast, and let’s be honest: Tesla‘s growth has just exploded. When I first got the car, people would stop me and ask what kind of car it was. Now, you can't throw a dead cat in Los Angeles without hitting at least two Teslas.”

This Tesla owner cherishes the company too much to see it go wrong or even bust.

“I don’t want to see Tesla’s mission fail because of stupid mistakes. My criticism honestly comes from a place of love. You have to point out what is wrong, or they can’t do anything to fix it.”

The solution is simple, according to Alger.

“Tesla should fix the logging issue that the MCU is experiencing at no cost for all people. I don’t understand why that can’t be done with the simple software upgrade to stop logging every single thing the car does.”

Neither do we. Nor some of our readers who think this is a minor problem, which Tesla could fix with an OTA update. The question is: will it prepare one for this? When will it be released, if that is the case?

UPDATE: Tesla Cars Have A Memory Problem That May Cost You A Lot To Repair
⠀

Ignoring the company’s issues and the people that ask us for help with their problems with these cars would be bad journalism. It could even help the company sweep them under the carpet, perhaps to the point the mat does not touch the ground anymore. Tesla has to take measures to sort them out and to keep loyal and new customers happy.

“Some change has to happen as the company tries to turn a profit. Anyway, if people start having a problem with the service, the whole thing can go off the rails. More and more, you are hearing from owners ‘my car is awesome, but’ and that really hurts me to say that.”