Turns Out, Production Tesla Roadster Will Be Way Better Than Prototype

So, Franz says the upcoming Tesla Roadster deserves to and "will" be better in every way.

Well, well, well ... we're more than impressed that Ryan McCaffrey was able to secure an interview with Tesla Chief Designer Franz von Holzhausen. To be sure, McCaffrey's clout and presence help to establish such a long-running and revered relationship. Still, it's not common for top brass at Tesla to talk freely, aside from Elon Musk with his ridiculous social media presence.

While there's a whole lot to take in in this 45-minute video, we're just focusing on the Roadster discussion, at least for now. 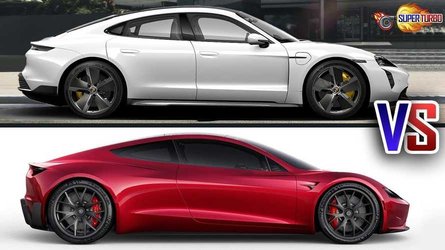 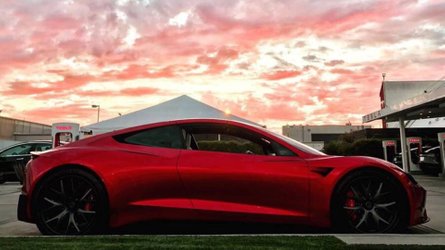 As far as Franz is concerned — and he's the number one dude when it comes to Tesla design — the upcoming Tesla Roadster will tout much better specs across the board than previously stated.

“It’s evolving deservedly so; it needs more time. It will be even better than what we’ve unveiled. In every way."

Crazily, the Tesla Roadster's initial specs were otherworldly with its 200-kWh battery pack, 620-mile range, 1.9-second zero-60-mph time, and 250-mph top speed. Not to mention it looks amazing. But now, it may be better! No way ...

We'll just have to wait and see, right? Do you think Tesla can do even better? Let us know in the comments.

Tesla Chief Designer Franz von Holzhausen joins me on this episode for a rare interview! We talk about Tesla’s design language, insights on creating the S, X, 3, Y, Semi, Roadster, what his favorite Tesla is, and a whole lot more. Enjoy! (And if you'd like to skip straight to the interview, it starts at the 2:37 mark.)

Source: Ride The Lightning via Teslarati