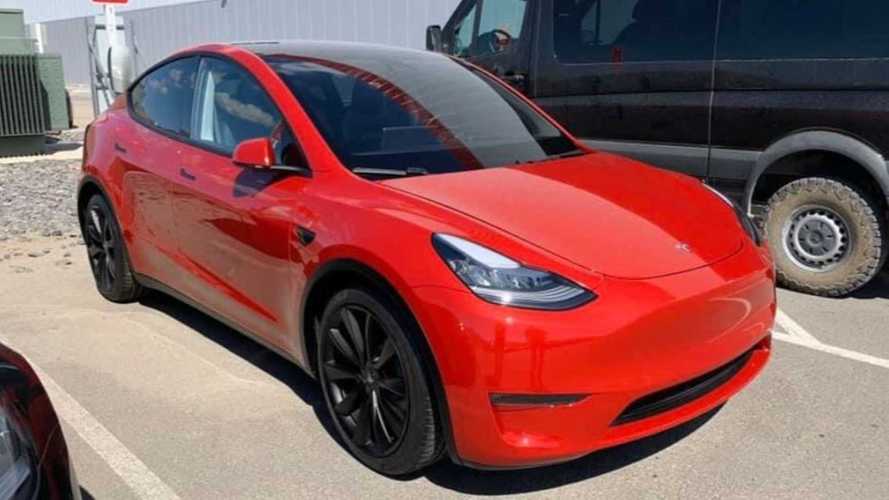 The color makes a huge difference, but we really need to see it up-close and personal to make final impressions.

Just days ago, we posted an overload of the latest "spy images," or rather sightings of the pre-production Tesla Model Y. It's not really fair to call them spy images since Tesla clearly isn't going to great lengths to cover the car up. The Model Y is clearly out in the public around Fremont and even venturing out further. In fact, it has been spotted some 600 or more miles away.

Is The Tesla Model Y Coming Sooner Than Expected?

Interestingly, however, while the Model Y isn't wearing any camo while it's out driving, though it has been seen with a cover on at Superchargers. This is likely because you can't get a very good view of the interior of the car or glean a ton of details when it's moving down the road.

However, if it's parked at a Supercharger for an extended period of time without cover, people could get right up close and snap shots or video of the all-electric crossover's interior, and most importantly, its third row, which hasn't been officially revealed.

The latest tweet, as embedded below, shows the Model Y in a new, sporty red color. Even more important is that the picture was taken at Tesla Gigafactory 1 in Sparks, Nevada, which is a long distance away from the Silicon Valley automaker's homebase and primary manufacturing facility in Fremont, California.

We'd love to know what you think of the red color. Moreover, what's your favorite color on the Model Y? Do you have a favorite Tesla exterior paint color? Let us know in the comment section below.