Tesla Is The Global King Of Battery Capacity, By A Huge Margin 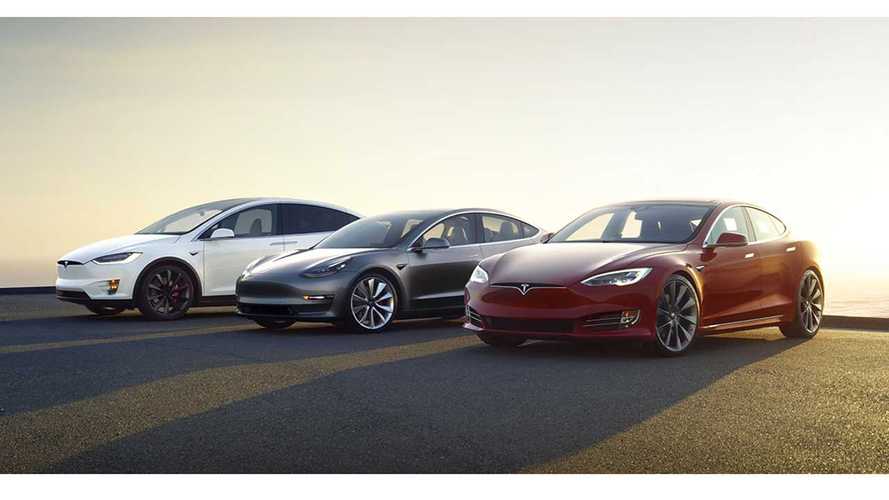 Tesla is untouchable in this department, at least for now.

More On Tesla's Plan To Make Its Own Batteries

It remains to be seen if this year’s spectacular initial sales figures in Europe will be sustained, but there’s little doubt that the California carmaker is poised for more rapid growth. Tesla announced record deliveries of 97,000 units for Q3 2019.

While most of us measure automotive success in the number of vehicles sold, the mining industry tends to consider the EV market in terms of the demand for the various metals used in the vehicles’ batteries. Looked at from this angle, Tesla’s position at the top of the global EV pyramid appears, if anything, even more impressive.

As Mining.com puts it in a recent piece, “Muskmobiles” are “running rivals off the road.” The article draws on a new report from Adamas Intelligence, a research firm specializing in strategic metals and minerals, which details the battery capacity of electrified vehicles sold in the entire global EV market (around 90 countries), as well as the metals used in them.

Tesla delivered 11 GWh of battery capacity, more than the next three biggest manufacturers combined (Chinese brands BYD and BJEV, followed by Nissan). Adamas noted that Tesla’s dominance in battery capacity has to do with the high capacity of its battery packs - 60 to 100 kWh, compared to the global average of 19.7 kWh.

However, it also has to do with high sales numbers, and Tesla’s total domination is even more impressive when you consider that hybrids and plug-in hybrids still represent 64% of the global electrified vehicle market. The company’s Chinese fortune looks bright when you consider that it is already handily beating two of China’s largest EV-makers, although Gigafactory 3 in Shanghai, which is to have a capacity of 250,000 units per year, has yet to begin production.

Adamas notes that legacy US and European automakers are still delivering negligible amounts of battery capacity, while Hyundai’s popular new Kona Electric drove the Korean automaker up the rankings, with a threefold increase in delivered capacity. And as Volkswagen proceeds with plans to invest up to $50 billion in batteries, “it should be just a matter of time before the world’s #1 automaker starts its climb to the top,” write the Adamas team.

As the auto industry gradually moves to electric powertrains, the global market for metals and other commodities will shift with it. Future-minded investors may want to read Adamas’s State of Charge: EVs, Batteries and Battery Materials in its entirety. Among the highlights from the mineral markets: the growth in global sales of lithium paralleled the growth of battery capacity - 89% in H1 2019, compared to the same period in 2018; sales of battery-grade nickel increased by 78%; deliveries of battery-grade cobalt increased by 81%; some 61% of the cobalt came from the Asia-Pacific region, as Chinese cell suppliers shifted from LFP cathodes to cobalt-bearing NCM cathodes.