Electric Vehicle Charging Infrastructure Is Finally Starting To Add Up 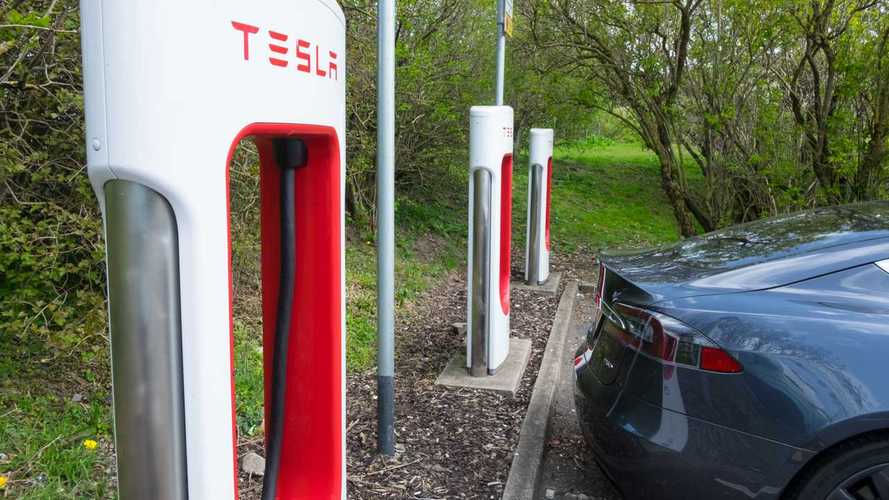 Tesla has been building out its huge network for years and others are following suit.

Tesla was years ahead of other automakers in understanding the importance of public charging infrastructure. The company’s Supercharger network, which (as of this writing) includes 1,604 stations with 14,081 individual chargers, remains the gold standard of charging networks. However, charging options for Tesla owners (and drivers of other EVs) are steadily proliferating around the globe.

Want To Monetize Your Charging Station? Check Out EVmatch

Above: A look at a Tesla Supercharger station (Flickr: DylanDangerB)

Massive highway fast charging networks are under construction on two continents - in the US, Electrify America, financed by funds from the VW settlement, currently has 301 stations with 1,047 chargers in operation, and plans to install 2,000 over the next ten years. In Europe, IONITY, a joint venture of several automakers, opened its 100th high-power (350 kW) DC fast charging site in June.

In parallel with these vast buildouts, dozens of more local networks, some of them quite ambitious, are under construction or in the planning stages. Some are financed by electric utilities, some by national, state and local governments, and many by partnerships among various private and public entities.

Here are just a few of the infrastructure initiatives announced in the last couple of months:

“Charging infrastructure will be a crucial part of our journey to Net Zero 2050 and will require substantial investment from the private sector,” said Infrastructure and Projects Authority spokesman Matthew Vickerstaff. “The launch of the Charging Infrastructure Investment Fund today will help accelerate the building of charging points by increasing access to private finance for companies delivering them.”

Also in September, the California Energy Commission approved a $95-million plan to expedite the adoption of zero-emission vehicles, including $32.7 million for light-duty EV charging infrastructure.

In August, Florida announced plans to invest $25 million from Volkswagen’s Dieselgate settlement to install DC fast charging stations at all Florida Turnpike service plazas, and along other major highways. The state will bid out the installation projects to private firms, and the stations are to be available or under construction by the end of the year. In September, the utility Florida Power & Light announced a new initiative to install over 1,000 charging stations at 100 sites, including public parks, shopping malls, large employers and commuter rail stations.

In September, the Australian Renewable Energy Agency granted $15 million to Evie Networks to develop an ultra-fast charging network on Australian highways - the first phase of a planned $50.2-million intercity highway charging network. Forty-two charging sites powered by renewable energy will be installed at highway service centers. Construction recently began on the first site, and Evie Networks aims to have 23 sites operational within the first year.

Meanwhile, Germany is already on the fourth phase of a major charging infrastructure program. In September, the Federal Ministry of Transport and Digital Infrastructure allocated €100 million ($110.6 million) for the construction of 5,000 AC chargers and 5,000 DC fast charging points. Some 16,000 charging points have already been approved through the program, which covers up to 50 percent of the cost of construction, installation, and connection to the grid. To qualify, proposed charging stations must be publicly accessible and powered by renewable energy.

Even oil industry giants are getting into the game. Shell continues to roll out its EV charging stations around the globe. And BP Chargemaster, BP’s UK-based charging network subsidiary, recently powered up a 150 kW ultra-fast charger at a BP retail site, the first in a planned network of 400 ultra-fast chargers to be rolled out at BP sites across the UK by the end of 2021.

Written by: Charles Morris. Portions of this article originally appeared in Charged.