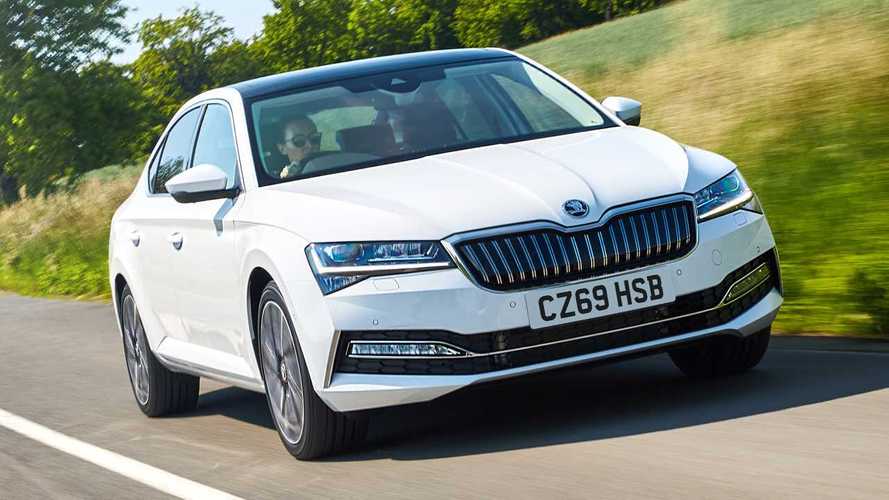 Customers will get 35 miles of electric range and 215 bhp when the car arrives in January.

Skoda’s plug-in hybrid Superb iV will go on sale in the new year with prices starting at just under £32,000, the Czech manufacturer has confirmed.

The plug-in saloon, which will be Skoda’s first plug-in hybrid, was first promised when the new Superb was revealed earlier this year. However, while the first Superbs are already arriving on these shores, the eco-friendly model won’t be here until January.

When it does arrive, though, it will boast an all-electric range of 35 miles from a single charge, while the combination of a 1.4-litre petrol engine and electric motor will produce a combined output of 215 bhp. Customers will also get a choice of two body styles - hatchback and estate - and four different trim levels.

The cheapest of these will be the SE Technology, which is a mid-range trim designed for fleet customers. Priced from £31,970 in hatchback guise and £33,250 as an estate, it comes with satellite navigation, leather upholstery and 17-inch alloy wheels. Two-zone climate control is standard, too, while heated seats and front and rear parking sensors are also included.

Further up the range is the SE L model, which gets a little more kit but also costs a little more money. You can have a hatchback version for £34,755, while the estate comes in at £36,035. That money does buy you larger 18-inch alloy wheels and LED matrix headlights with “dynamic indicators”.

Spending even more money on the SportLine model, however, buys you a few sportier features, including gloss black styling touches and sports bumpers. There’s a larger internal touchscreen, too, and a digital instrument cluster. All that comes with a £38,490 price tag, although that rises to £39,770 if you want the estate.

Finally, the pinnacle of the Superb range is the Laurin and Klement (L&K) model. It’s only slightly more expensive than the SportLine, with prices starting at £38,960 and £40,240 for the hatchback and estate models respectively, but it offers a more luxury-orientated experience. There’s a Canton sound system, for example, as well as the three-zone climate control that allows rear passengers to set their preferred ambient temperature.

No matter which version you go for, though, you get the same charging kit. Skoda says filling the battery takes three hours and 30 minutes from a wall box (using a wall box with a charging output of 3.6 kW) and the car comes with a conventional three-pin charger and wall box charging cables stowed under the boot floor.

On the road, a range of driving modes allow the driver to control how the car uses its energy. New driving modes include E-mode for electric, while there’s also hybrid drive and Sport modes, the latter of which delivers maximum performance by combining the two motors. In hybrid driving modes, the car’s display will show the electric range available as well as the potential range if items of equipment such as heated seats and air conditioning are turned off.