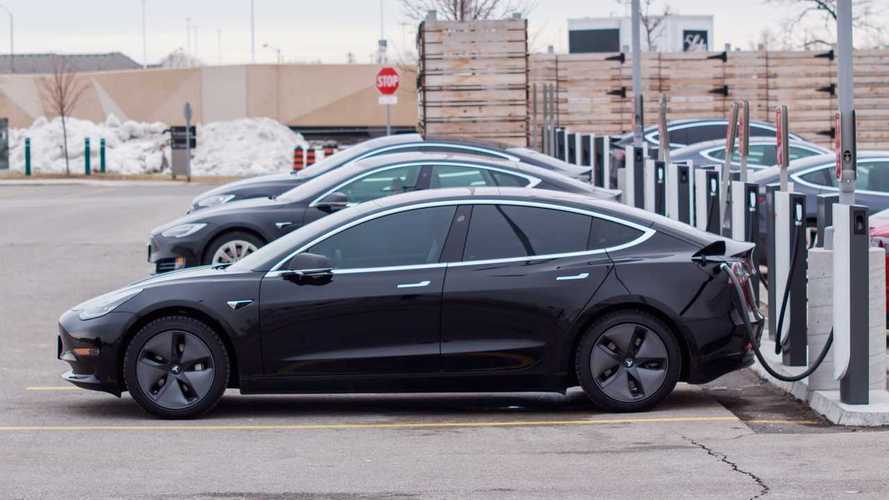 Electric utilities are highly supportive of the EV movement.

Electric utilities are keen on electric vehicles these days - they see them as a future revenue source. Utilities from California to Florida to Michigan are sponsoring the installation of public charging stations, and some are offering rebates to customers for installing home chargers. To date, at least 50 utilities in 25 states have launched or proposed programs to encourage the buildout of charging infrastructure.

As More Electric Cars Hit The Road, Our Electric Bills Will Get Cheaper

Above: A storm is brewing as Big Oil looks to take on electric utilities who support EVs (Flickr: Marco Verch)

Not everyone is applauding this trend. As a recent article in Politico reports, groups backed by oil industry giants including Exxon Mobil and the Koch empire are investing millions in campaigns around the country to try to put a stop to utilities’ infrastructure projects.

According to utility commission filings reviewed by Politico, oily interest groups have challenged electric companies’ plans in 10 states, lobbying lawmakers and regulatory agencies against the proposals.

“Fossil fuel interests control 90 percent of the transportation fuel market in the US and are really feeling threatened,” Gina Coplon-Newfield, Director of the Electric Vehicle Initiative at the Sierra Club, told Politico.

American Fuel and Petrochemical Manufacturers, a gasoline trade group, has filed public comments against charging projects in Kansas and Missouri, and has opposed Colorado’s new zero-emission vehicle mandate. In Illinois and Iowa, the American Petroleum Institute (API) teamed up with the Koch brothers’ Americans for Prosperity (AFP) to oppose utilities’ EV infrastructure investments. API has also joined forces with local gasoline-selling interests to try to block charging projects in Massachusetts and Maryland. The Western States Petroleum Association has opposed utility charging plans in Arizona and California.

There are a couple of ironic situations here. For one, utilities generally approve of EVs, but don’t want them powered by solar energy - unless it comes from a centralized power plant owned by the utility. For several years, utilities have been fighting on several fronts to stop the spread of distributed rooftop solar. The latest attack is underway in Florida, where the Florida Municipal Power Agency trade group hopes to increase monthly fixed fees for utility customers to as high as $50 per month. One “benefit” of the higher fees, as explained by the FMPA’s CEO in a recent speech, is that it will make “these [solar] net metering customers go away.” He’s probably right - a couple of years ago, a similar measure in Nevada caused SolarCity and several other solar installers to shut down operations in the state (it was later repealed).

This puts environmental groups in the strange position of fighting utilities on solar issues while at the same time working with them on EV charging. “The Sierra Club has a long and rich history of suing utilities and opposing utilities when [they] are propping up fossil fuels,” Coplon-Newfield told Politico. “But when it comes to the acceleration of electric vehicles, we’ve actually found some common ground.”

The other irony is that, while everyone in the EV industry is happy to see more charging infrastructure being built, not all believe that public utilities should be the ones building it. In 2015, San Francisco-based Pacific Gas & Electric was forced to scale back plans for an enormous deployment of public charging stations after competitors and consumer groups protested that it would allow the giant utility to squeeze out privately operated charging networks such as ChargePoint.

Another concern is that utilities will use their monopoly power to force their captive customers to pay for the investments. Utilities counter that the upfront cost to ratepayers is minimal, and that customers’ bills may actually go down in the long run as greater EV adoption spreads the cost of power grid infrastructure over a larger base of power demand (if and when vehicle-to-grid technology reaches its potential, EV-driving customers may actually earn money from utilities). As Politico reports, in Maryland, four utilities recently proposed building 24,000 chargers at an estimated cost of less than 42 cents per ratepayer per month.

Naturally, oil interests and utilities are eager to portray themselves as champions of the little guy and gal, protecting Joe and Jane Public against Tesla-driving, solar-roof-installing elitists. “We feel like we’re on the side of the angels here in terms of wanting this to be a free market and not wanting people who don’t use the service to have to pay for service,” Derrick Morgan, a Senior VP at American Fuel and Petrochemical Manufacturers, told Politico.

However, the face-off between oil and electricity looks less like a debate over free-market principles than a fight for market share between economic titans. The Edison Electric Institute, a trade association that represents US investor-owned electric utilities, has ramped up its EV-related lobbying in recent years, power sector experts told Politico. The utility trade group has also clashed directly with oil advocates over anti-EV “model legislation” aimed at conservative lawmakers.

Despite its massive influence, so far the oil barons haven’t had much success at foiling utilities’ infrastructure projects. In some cases, regulators have forced utilities to scale back their plans, but analysts say that this has usually been for other reasons than the oil industry’s lobbying.

“So far, the main consequence [of oil lobbying] I’ve seen has been some delays, but I think the fight is ongoing,” Samantha Houston, a clean vehicles analyst at the Union of Concerned Scientists, told Politico. “I wouldn’t attribute modifications to electric vehicle programs to API, but they are certainly making a good attempt to muddy the waters in their interventions.”

In Maryland, regulators pared the utility proposal to only 5,000 chargers, but this was mainly because of concerns about competition and price. “I personally did not find [the oil groups’] arguments to be compelling,” Maryland Public Service Commission Chairman Jason Stanek told Politico. “There is obviously a push toward the electrification of transportation and [these are] parochial concerns pushed by the petroleum industry to preserve its market share.”

Above: Maryland pared back initial plans for 24,000 EV chargers to 5,000 after opposition lobbying efforts (YouTube: WJZ)

One thing is certain - a legal and political civil war over EVs is brewing. As the Trump administration attacks California over its emissions regulations, two giant industries are squaring off for a battle royal, and state regulators will be on the front lines. “The petroleum lobby and the electric utility lobby - I’m talking about API vs. EEI - we are going to see a competition between them for market share like we haven’t seen before,” said Stanek.