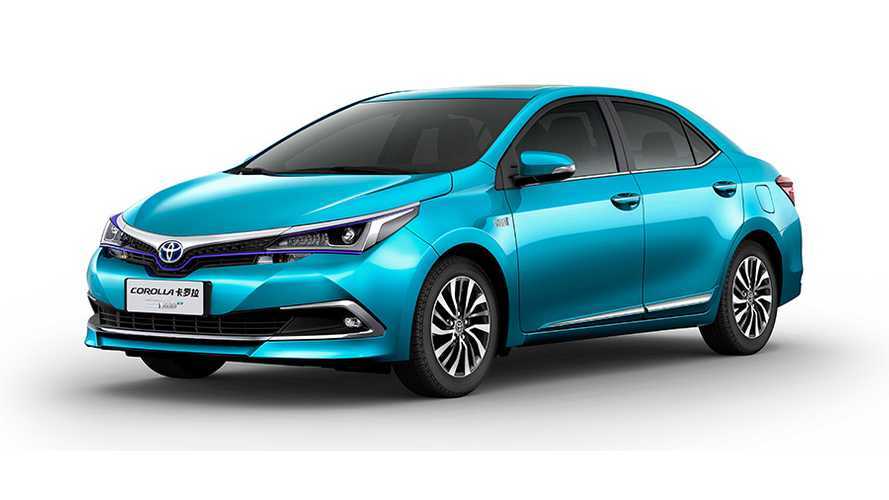 Toyota switched to Panasonic's cylindrical cells for some PHEV models in China. But why?

According to Reuters, and previously the Nikkei newspaper, Toyota is using in some plug-in hybrid models in China "Tesla-style Panasonic batteries".

There are not many details, besides that reportedly cylindrical cells are used in the Toyota Corolla PHEV and Toyota Levin PHEV introduced this year. We are not sure whether those are 18650 cells (size Model S and Model X), or 21700 (size used in Model 3).

"Toyota Motor Corp has started using the same type of battery that Panasonic Corp designed for Tesla Inc in some of its plug-in hybrids sold in China, sources familiar with the matter said.

Toyota is using Panasonic’s cylindrical batteries in its new Corolla and Levin plug-in hybrid sedans launched in China this year, one of the people said.

The batteries are the same size as those that Panasonic makes for Tesla, but the composition is different, said the sources, who declined to be identified as the matter is private."

The chemistry for sure is different than in the case of Tesla, as the specifics of PHEVs require high-power cells.

The big question is why Toyota decided to use cylindrical cells after so many years of using prismatic cells?

Reuters' article adds that reportedly about 50,000 packs of cylindrical batteries were ordered by Toyota, which makes Panasonic’s plant in Osaka busy again. It might be related to the decline of sales of Model S/X and lower demand for 18650 batteries (imported from Japan), which triggered Panasonic to offer a decent deal for those.

Panasonic is expanding its battery production capacity also in China, which would be a more natural choice for China-made PHEVs. It's a little bit of a mystery.