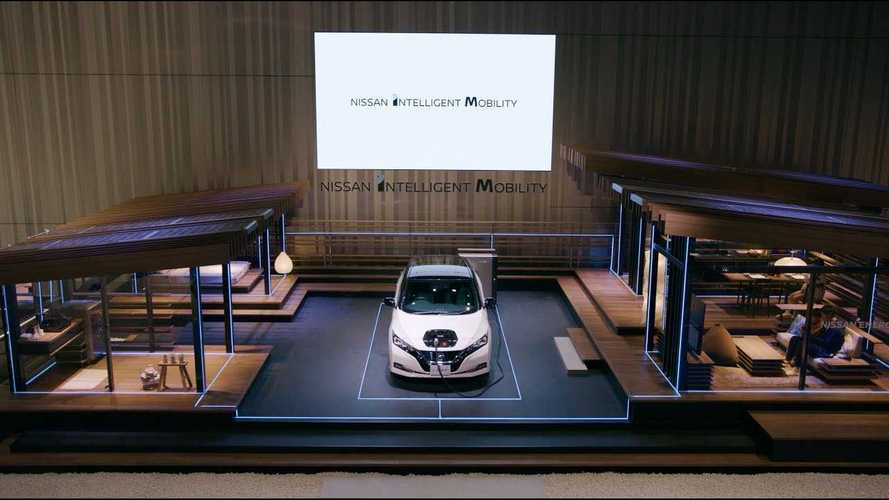 Just because the systems are different doesn't mean one is wrong.

Australia has abundant sunshine and a creaky 20th-century power grid that’s subject to embarrassing power outages. So it’s no surprise that Tesla’s energy storage products – the residential Powerwall and the utility-scale Powerpack – are enjoying spectacular success Down Under. However, Tesla has numerous competitors in the home energy storage market, and Australian consumers will soon have yet another option, in the form of vehicle-to-home (V2H) technology.

Above: Tesla's solution for backup batteries for the home is its Powerwall product (Image: Tesla)

Nissan’s Global Director of Electric Vehicles, Nic Thomas, recently traveled to Melbourne for the Australian launch of the Nissan LEAF Plus. In a speech, he highlighted the LEAF’s bidirectional charging capability, which he said is already being used in Japan, and is expected to be available in Australia within months.

Nissan Australia’s Manager of Electrification and Mobility Ben Warren said the new LEAF already incorporates Vehicle-to-Home (V2H) capability. Demo models of V2H charging boxes are already on the way to Australia, and after about six months of testing, the feature should be made available to Nissan customers. “The vehicle we see today is capable from the factory right now - it is future-proofed for not only the EV world but also the future energy ecosystem,” says Warren.

Above: Nissan touts the potential to use its Leaf battery pack as a home backup battery (Image: Nissan)

EV batteries could play a big role as energy storage resources in that ecosystem. “Cars will be an energy asset first, and a mobility asset second,” said Tim Washington, CEO of charging solution provider Jetcharge, who also spoke at the Nissan event. “You are going to use your cars probably more as batteries than as vehicles. As we know, vehicles are parked 90% of the time. But what if they are the most efficient asset that you have because it’s doing work even when it’s parked?”

A V2H-equipped LEAF could theoretically be an alternative to a home battery system such as Tesla’s Powerwall, saving consumers money by storing solar energy for nighttime use, and/or by charging at off-peak rates overnight and discharging power during the day. Bridie Schmidt, writing in The Driven, estimates that the 40 kWh version of the LEAF offers up to 4 times the energy storage capacity of a typical home battery.

Above: A look at Nissan's concept surrounding V2H (Youtube: Nissan)

Most industry observers would agree with Mr. Thomas on the need for storage, but some would take issue at his apparent preference for distributed storage in the future to utility-scale storage in the present. Thomas took a dig at Tesla, saying that its gigabattery at Noeon Hornsdale wind farm in Jamestown, South Australia (which is said to have saved around $28 million in power-stabilization costs in its first year of operation) is “a complete waste of resources, because what we can do is have cars that are also batteries, and those cars are parked most of the time.”

Above: A look at Tesla's Powerpack batteries in use in Australia (Image: Tesla)

This news attracted a lot of comments. Several Charged readers commented on the irony of Nissan, which has had numerous well-publicized problems with its EV batteries, preaching to Tesla, which by all accounts has the best battery tech in the industry.

Why hasn’t Tesla released its own V2H/V2G system? Because the Californians see the solution in a separate suite of products – Powerwall/Powerpack. “Tesla's argument against V2G has been if you want to back up the grid you need battery chemistry specifically tailored to give a high cycle life,” wrote one Charged reader. “The requirements for vehicles are different - there you need good energy density. Different tasks need different chemistries, i.e. different battery packs.”