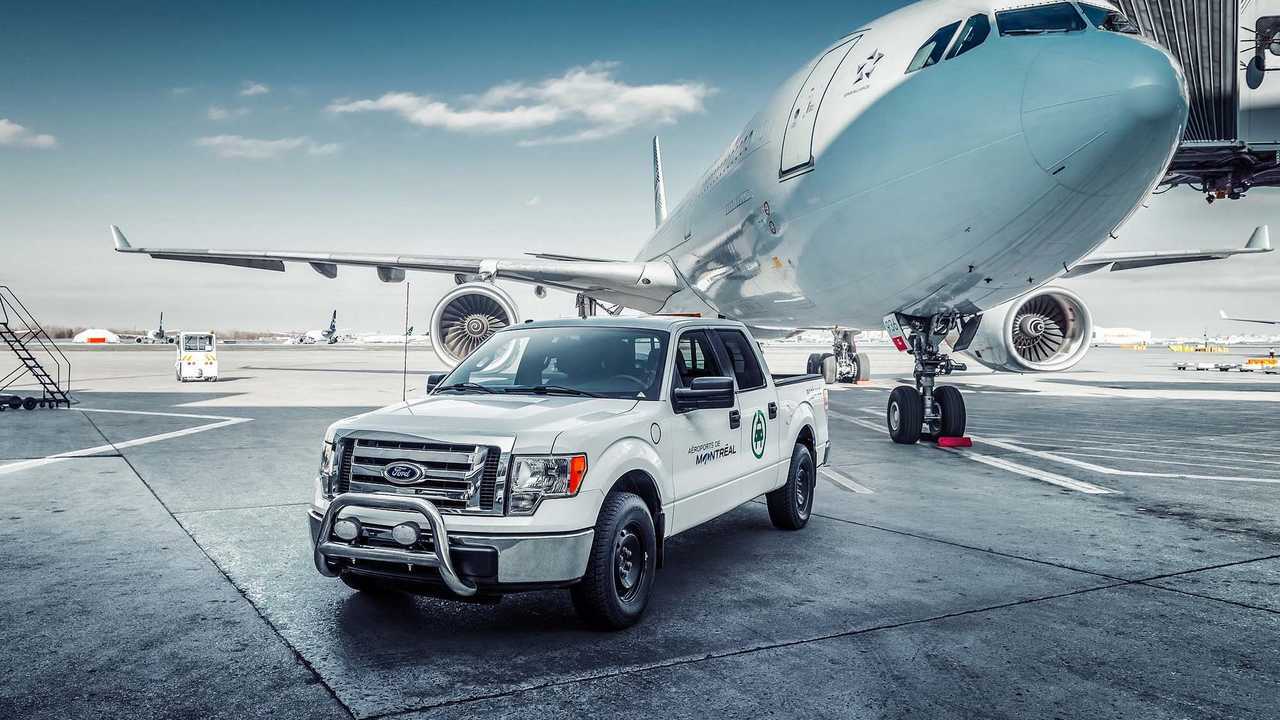 Instead of dumping it, why not convert it to electricity?

Ford has an eye on electric pickup trucks. The recent stunt of an F-150 electric prototype towing 1.25 million pounds in a railway proves that. What some probably are not aware of is that Ford will not be the first one to produce an electric F-150. Ecotuned, from Canada, has already made 15 of them. But you will not be able to buy any unless you own a fleet.

When we first mentioned the company, back in 2017, it was mostly a promise, even after having converted five Ford F-150 to run on electricity. After two years, the company told Green Car Reports it has converted ten more vehicles and that it is currently working on more units. With a single mission: to recycle pickups and put them to work again. As EVs.

The reasoning is simple: fleets normally get rid of pickup trucks when the powertrain warranty ends, in around 6 years. By that time, the fleet owner will have to sell its old pickup truck for about 8 percent of what it originally cost to buy a new vehicle.

Instead of spending that much money, Ecotuned suggests getting the old pickup truck converted to electric at a CDN$ 35,000 cost – around US$ 26,600. With government incentives included. Which would be less than what Ford charges for an F-150. But this is where the trouble begins.

Ecotuned presents a spreadsheet with the calculation, but it also uses the wrong prices for the F-150 and uses a lot of parameters that really do not allow for a fair comparison. It also mentions a period of four years between each kit installation while stating the value of the battery pack after 12 years of use.

This is perhaps due to the fact that Ecotuned claims the same kit – with battery packs that range from 43 kWh up to 86 kWh, a 2-speed transmission and a BorgWarner HVH250 permanent-magnet motor, able to deliver 214 hp and 295 lb-ft – can be exchanged to other vehicles. At least three times during its 1 million kilometers (a little more than 620,000 miles), according to the company.

We will ask Ecotuned for clarification, but it seems it was not necessary for the company to have important clients, such as IGA, Aéroports de Montréal, Hydro Québec and the Québec and Montreal administrations. Apparently, converting old F-150 into EVs made a solid business case for them.

Apart from Ford’s pickup truck, Ecotuned promises it will also convert vans and GM and RAM/Dodge products very soon. If the vehicle uses a body-on-frame structure, it will be able to receive the kit.

Ecotuned has plans to sell the kits at Midas or Mr. Muffler stores. It currently requires two technicians and two days – or around 32 hours of work – to get the kit installed.

Gallery: Ecotuned Electric F-150 Is A Tired Truck Put To Work Again As An EV