Jaguar needs to get its story straight, Sentry Mode is watching. 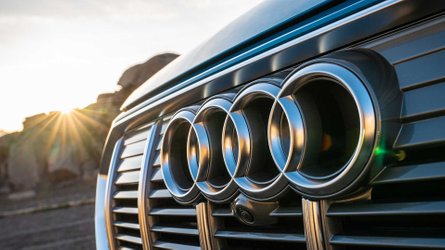 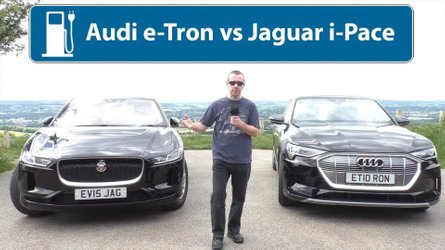 Above: Model 3 and I-PACE outside a Jaguar dealdership (Image: Tesla & Chill).

This year, the youtube channel Tesla & Chill put one Jaguar dealership to the test and the results were, ummm, pretty puzzling. The video footage starts innocently enough as Shannon, from Tesla & Chill, decided to drive her Model 3 to a local Jaguar dealership in an effort to compare and contrast her Tesla to Jaguar's electric I-PACE.

Not all went badly. Shannon liked a few things about this loaded model (shown at an $85,000 price tag) including the head's up display, adaptive cruise control, and heated steering wheel. But she wasn't enamored with the Jag's "surprisingly slow" pick-up, lower range, and lack of accessible charging options.

Above: Comparing the Jaguar I-PACE with the Tesla Model 3 (Youtube: Tesla & Chill)

That's when things got interesting. Shannon explains, "The salesman actually told me I'd be able to charge at a Tesla Supercharger station but we know that's not true!" She found this "unfortunate" and misleading. She also wasn't thrilled with all the "buttons and knobs" on the dash and says, "I was really disappointed with the lack of space both in the trunk and frunk area."

After Shannon's time at the dealership, her Model 3's Tesla Sentry Mode revealed some intriguing spy video footage. During her test drive, three members of Jaguar's sales staff came over to check out her parked Tesla, likely unaware of the fact that Sentry Mode had been activated and started recording.

One of the salesmen took a peek through the side window to examine the interior of the Model 3. Perhaps he told to his peers, "how bland is that interior, there should be at least two dozen buttons" — but that's just my guess. Look, they might've been thinking of working at Tesla instead. Who knows? The lack of an audio recording leaves it all open to interpretation.

In recent months, some bad guys have actually been caught on Sentry Mode and brought to justice by the police. Sentry Mode has also captured footage of strangers admiring a Tesla Model 3. I wouldn't be surprised if one of the Jaguar salesmen in Shannon's video might've been a secret admirer — perhaps he covets the Tesla. Regardless, the dealership's salesman shouldn't have lied about the Jaguar's ability to charge at Tesla's Superchargers.