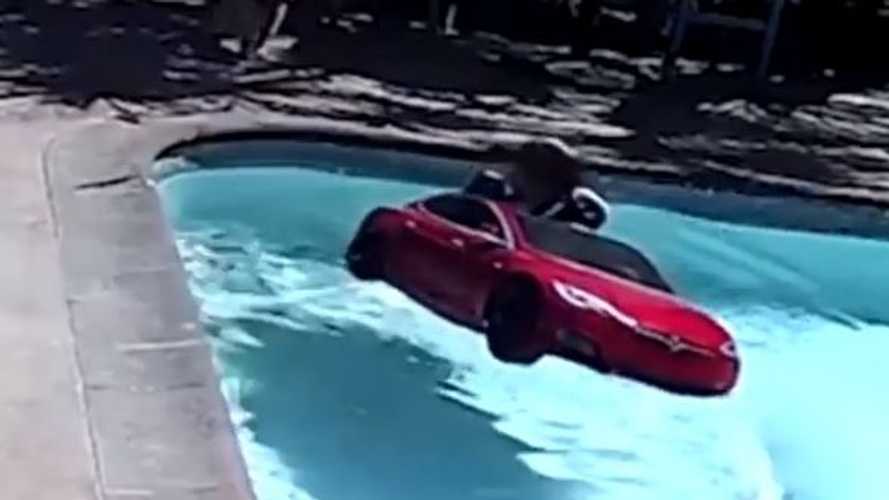 It's important to always pay attention when there's a Tesla driving near a pool.

The fact that Tesla vehicles have the ability to float and even act as a boat for a short time has been proven multiple times over the years. CEO Elon Musk explained that this is possible, though he doesn't advise it.

More Teslas In The Water:

Unlike gas-powered cars, Tesla vehicles won't immediately suffer from taking on water. Due to their wide, skateboard-style, encased battery pack, they'll likely float for a bit. Since the inner-workings won't fail for some time, the driver can use the accelerator pedal to propel the Tesla through the water.

Still, it's important to get the car out of the water as soon as possible. Eventually, it's going to sink, and there will most certainly be lasting damage. Thankfully, when this child's dad saw the Tesla drive into the pool, he acted quickly.

As we continue to point out, when driving a Tesla it's critical to remain in control of the car and aware of your surroundings. If you see a Tesla in the water, call 911 and try to lend a hand.