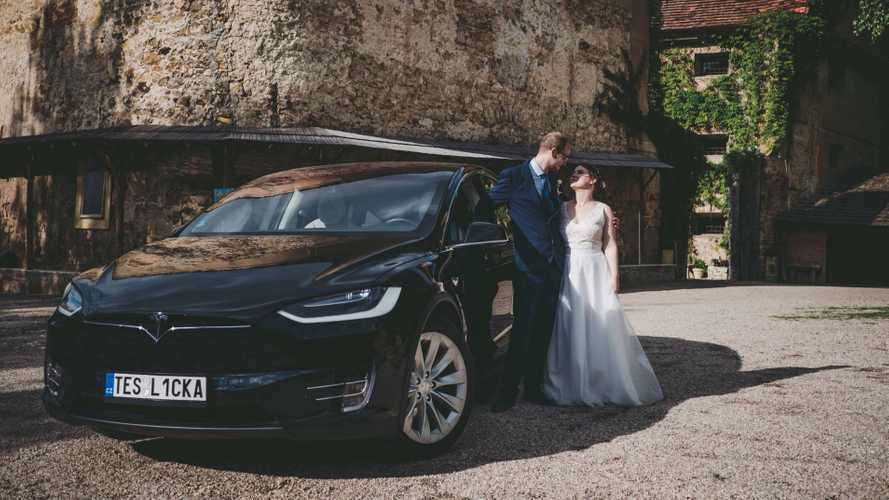 You will not have to wait for Full Self-Driving to make them appreciating assets, Elon…

Recently on Twitter (where else?), Elon Musk said Tesla cars currently offer a window of opportunity, so to speak. That’s because they will become “appreciating assets”  when autonomous technology is finally available. Musk just did not realize they already are. At least in the Czech Republic. And in the hands of Ondřej Hunčovský, founder of Teslička.

This entrepreneur managed to turn the dream of having a Tesla into a business in a very creative way. He lends his car (and those of his friends) for people to experience them in usual and unusual ways. But let’s start from the beginning, as we are supposed to.

“It was totally my idea to buy a Tesla and start offering some services with it. I was 25 years old and I wanted this amazing electric car, but I didn't have so much money. So I borrowed it from my family members and bought my first Model S, a P85+,” Hunčovský told us.

“My idea was to combine this dream with business. In the beginning, I spent a lot of time as a taxi driver, because I didn't have so many customers, but some time later news about my project started to spread and I could gradually add more services and do what I really enjoy.”

At the time, Hunčovský was offering a sort of "tasting", directly related to the car’s capabilities. “Experience rides always start with about half an hour of briefing. We talk about all the car's features and controls. Then we get into the car for a 30, 40 or 60-minutes ride.”

The time spent on the chosen Tesla depends on the clients. And on how much they are willing to pay. “We go to public roads with minimal traffic, where the customer can test all the potential of the car, such as its breathtaking acceleration, handling, Autopilot features, etc. Thirty minutes as a co-driver is cheaper than 60 minutes as a driver.”

But that was just the first of the services his company decided to present. “We also offer wedding transport, rentals, and limousine service, as well as specials such as ‘Night at Tesla’. Yes, people sleep in the car!”

That probably came from Hunčovský’s personal experience. One example of that is that he was one of the drivers that helped Bjørn Nyland establish the new EV Distance record in a 24-hour run. They had to sleep in a Model X along the journey.

“I was one of the three drivers and my wife, Tereza, provided the fastest pit stops”, he told us. “Tesla is one of the best cars for sleeping, in my opinion. It is a really spacious car – especially the Model X – with a flat floor and a 2-meter-long (78,8 in) loading area, independent air conditioning, HEPA filter…”

But how much does that cost? “The price is about 50 € to 100 € per night, but mostly we try to combine the ‘Night at Tesla’ with a standard rental. Overall, it is just a way with which we show that nothing is impossible with a Tesla.”

Speaking of costs, Hunčovský does not detail them in depth, but he gives us a glimpse of Teslička prices. “It is hard to say what service is the cheapest and which is the most expensive. It depends on what the customer is looking for. In Czech, we usually say ‘Thousand people, thousand tastes.’ Sometimes we are taking the bride just a few miles away to her wedding ceremony. We charge approximately 50 € for this service. Occasionally, we spend the whole day at the wedding, which rises the cost to something around 500 €.”

If you think Teslička’s founder ran out of ideas, that is because you have not seen the off-road video he has prepared with his Model X, which replaced the Model S after an accident ended the sedan's term on planet Earth. “We also consider off-road rides with Tesla. Actually, we can offer anything that comes to mind involving one of these vehicles.”

The "we" in the previous sentence is because he is not on this alone. “About a year after I started, one friend of mine joined with another Tesla, a Model S P85D. So now we have one Model S and one Model X in our portfolio. We are also members of the Czech Tesla community. If a customer wants more cars (e.g. for a wedding or an event), we can arrange that.” Currently, Teslička counts with ten members.

The company’s name meaning carries an emotional charge that allows us to understand what a personal accomplishment this has been to Hunčovský. “Teslička is a diminutive for Tesla, such as daddy is for dad.” My little Tesla, in other words.

Just like a daddy would, the company now puts bread and butter on Hunčovský’s table. “We won't get rich, but we make a living out of Teslička. However, the priority is that our income is higher than the maintenance costs of cars and that we really enjoy it. If we did not have this project, I would be personally repaying a car loan possibly for 10 years. Also, we would probably not attend interesting events, such as the last 24h record with Bjørn Nyland.”

While Musk thinks Tesla vehicles will have to offer full self-driving capabilities to become appreciating assets, for Teslička, Hunčovský, his family, and his associates, they already are.