BMW Director Of Development: "Customers In Europe Do Not Buy EVs"

According to Motoring, this broad brushed statement was a response to condemnation by Europe's Transport and Environment (T&E) lobbyist group. T&E reports that automakers have deliberately suppressed the choice of BEV models in Europe where only 25 electric models are available. They claim that this intentional effort (along with large, inefficient diesel/petrol models) is partially responsible for a 1.6% increase in European emissions during 2018.

"Carmakers are playing a high risk game where they’re deliberately postponing sales of cleaner cars to maximise SUV-fueled profits." Julia Poliscanova, clean vehicles manager at T&E explains. "When it comes to the environment, carmakers only do what the law tells them to do." T&E believes they are waiting for 2020 when Europe's new CO2 standards kick. "Aided by cheaper batteries and better performance, they will have no difficulty selling them to European consumers."

More About Plug-Ins From BMW 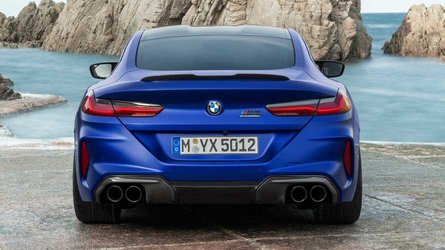 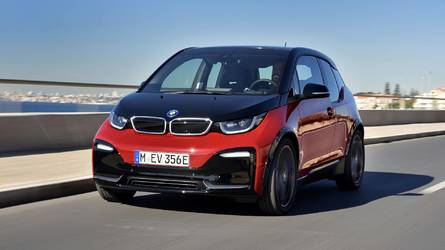 Despite their negative opinion of carmakers, it seems T&E actually has more faith in European automaker's ability than BMW's director of development. He claims that even if governments stepped up with strong incentives, European consumers would still not be swayed.

"If we have a big offer, a big incentive, we could flood Europe and sell a million cars but Europeans won’t buy these things," claims Frölich. "Customers in Europe do not buy EVs. We pressed these cars into the market and they’re not wanted. (...) We can deliver an electrified vehicle to each person but they will not buy them."

Frölich goes on to explain that he believes electricity is too expensive in many countries. He gives the example of Munich where energy costs reach 50c / kWh, making it cheaper to drive a diesel than an electric vehicle. He compares this to France, where energy costs are below 20c / kWh.

However, Germany has the highest energy costs in Europe, and Munich is among the upper end in the country. The average German household pays a lower rate than his incredibly specific example.

Despite energy costs being too high, Frölich says that the plug-in hybrid is the answer. "In the US they can have different cars for different purposes, like pick-ups and SUVs and smaller cars, but often the households in Europe have only one car so they are reluctant to rely purely on a BEV. (...) PHEV gives them full freedom and 80km of EV range."

Of course, if driving a diesel is cheaper than driving a plug-in vehicle, why on earth would any PHEV owner ever charge their car? More importantly, if it is more expensive to drive electric, why have well over one million Europeans spent that extra money on a PHEV or BEV? Perhaps he is mistaken about the economics and demand of electric vehicle ownership.

Eventually Klaus stops beating around the bush and tells the panel how he really feels. "All this range discussion is complete bulls**t because it’s an economic proposition of how much you can afford."

But never mind all of that because the real issue is that battery electrics and plug-in hybrids are just too darn expensive for BMW. "They [PHEVs] are not more expensive than BEVs. They are thousands more expensive than internal-combustion cars but we can’t charge that to customers and those regulations are reducing our profit pool." Klaus continues. "But if we charged the customers for that cost, we would have downsizing with customers going from a 3 Series to a 1 Series customer."

It should come as no surprise that BMW and other automakers just want European buyers to drive home in a shiny new diesel. European Automobile Manufacturers Association (ACEA) Secretary General, Erik Jonnaert would like to remind you "amidst the strong push for alternatively-powered vehicles, we should not write off the latest generation of diesel cars, which not only emit less CO2 than their petrol counterparts, but also deliver low on-road pollutant emissions in practice."

In related news, the BMW i3 has fallen into 4th place among BEVs in Western Europe behind the Tesla Model 3, Renault ZOE and Nissan LEAF.