How Did The Tesla Model 3 Become The World's Safest Car? 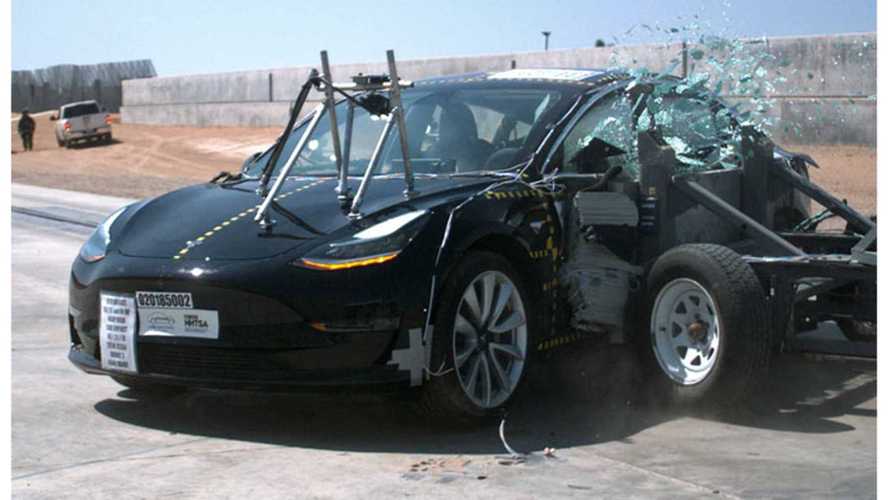 What makes it so safe?

As most Tesla fans already know, Tesla’s vehicles are just about the safest on the road. Model 3 is the safest car ever tested by the National Highway Traffic Safety Administration, which judged Tesla’s newest car to have the lowest probability of injury in a collision of any of the over 900 cars it has tested. In second place is Model S, and in third - you guessed it - Model X.

This sounds like, and is, an incredible achievement. How can a young company like Tesla be building cars that are safer than models from such industry giants as Volvo, Mercedes and Subaru, which have been famous for building super-safe cars for decades?

As YouTuber Cameron points out in a new video in his Tech of Tech series, many of the factors that make Teslas so safe have to do with their electric drivetrains, and specifically with the fact that, unlike many of the legacy automakers’ electric offerings, Teslas are designed from the ground up to be EVs.

Cameron explained in a previous video why batteries are safer than gasoline. In his latest production, he explains that the entire drivetrain of an EV is safer in the case of a collision. A Tesla has larger front and rear crumple zones than would be possible on a vehicle with a gas tank in the back and an engine in the front, and it also has a more rigid passenger compartment in between.

Of course, a picture is always worth a thousand words, and it’s worth watching Cameron’s video all the way through to see the visual examples. He presents an animation showing what would happen if a Model 3 collided with a telephone pole - an especially deadly object to hit. The bumper and sub-frame bend and wrap themselves around the pole, and the front motor drops below the battery, away from the passenger compartment. “That passenger compartment is caged in a combination of aluminum and steel in what are some of the fattest pillars and rails in the automotive world,” says Cameron.

Above: An in-depth look at the Tesla Model 3's exceptional safety profile (Youtube: The Tech of Tech)

Another factor in Tesla’s stellar safety rating is the vehicle’s roof. As Cameron points out, the metal panel that forms the roof of a legacy car is typically the thinnest and least rigid piece of sheet metal on the vehicle, and in a rollover accident, it provides little protection to the passengers. Tesla’s vehicles have glass roofs, which you might think are less safe than the metal kind, but in fact the opposite is the case. The roof panels on the Model 3 are made like a windshield - two layers of hardened glass laminated with thermoplastic - and are much stiffer than any thin sheet-metal roof. Observe the results of the side pole impact test in Cameron’s video, and you’ll see that the glass panels broke in a predictable way, and the plastic held the pieces together, preventing them from breaking into jagged shards.

The floor-mounted battery design used in Teslas (and other native EVs such as the BMW i3) enhances safety in several ways. The battery in a Long Range Model 3 weighs around a thousand pounds, and all that weight sits at the bottom of the car.  This not only improves handling, but also makes the cars very difficult to roll over. According to NHTSA’s calculations, Model S has a 5.70% chance of rollover in a severe collision, while Model 3 scores 6.60%. The much taller Model X has a higher rollover score at 9 percent, but it still compares favorably to the Audi A6 (9.00%), BMW 3 Series (9.50%) or Mercedes C-Class AWD (11.00%).

From the earliest days of the company, Tesla has made the safety of its batteries a top priority (Elon and his colleagues knew very well that the media would trumpet the news of any battery fires). When a battery malfunctions, overheating in one cell can spread to others, a phenomenon called thermal runaway. Several features of Tesla’s battery packs are designed to prevent this. The connections between cells are designed to melt at a much lower temperature than that required to cause thermal runaway (much as the wire in a fuse melts to break a circuit). The cells are also separated by cooling vanes, and each cell has emergency vents that allow hot gases to escape before they can build up enough pressure to cause an explosion. According to Cameron, not a single Model 3 to date has been consumed by thermal runaway, even in cases of significant damage to the battery pack.

Tesla vehicles include many more safety features. Their stability control system is “one of the best on the road.” Weight sensors in the seats warn the driver when a passenger isn’t safely buckled in, and also determine how powerfully to deploy the airbags in a collision. Teslas feature just about every driver assistance feature found on upscale modern vehicles, including Forward Collision Warning, Automatic Emergency Braking, Lane Departure Avoidance, Blind Spot Collision Warning and a newer feature called Red Light Recognition.

Above: A look inside the Tesla Model 3 (Image: Tesla)

How does Tesla’s controversial Autopilot suite of features affect safety? As Cameron points out, the statistics tell the tale. Thanks to Tesla’s connectivity features, the company has detailed data on all accidents that happen to its cars. Teslas on Autopilot average one accident per 2.7 million miles driven, whereas the average for all passenger vehicles in the US is one accident for every 436,000 miles.

Written by: Charles Morris; Source: The Tech of Tech