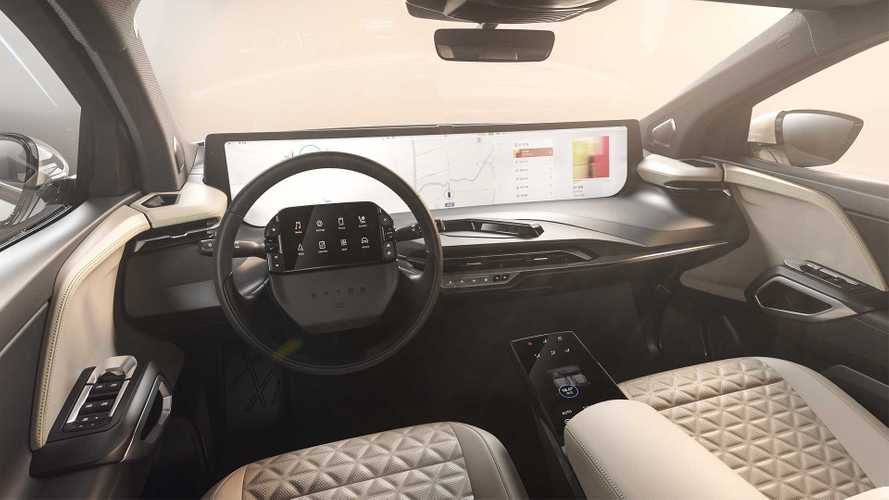 Yes, that huge, 48" display screen will make it to production

As BYTON moves closer to formally introducing their first offering, the M-Byte SUV, they've released some pictures of the production interior. Lo and behold, that enormous 48" "Shared Experience Display" from the original concept, will actually make it to production.

BYTON had originally stated that the production M-Byte would be revealed at CES Asia, which is this week in Shanghai, China. However, that was changed and we are hearing rumors that the unveiling will likely take place on or around the Frankfurt Motor Show in September.

The M-Byte SUV, as well as the K-Byte sedan, (arriving about 2 years after the M-Byte) will come in two battery configurations. The standard version is 71 kWh and there will also be an optional 95 kWh model. The standard 71 kWh battery will offer approximately 250 miles of range, and the range for the 95 kWh battery is estimated to be 325 miles.

BYTON hasn't commented on which range measuring standard they are using, but we believe it's most likely the WLTP range rating. If that's true, EPA range figures would likely be 12% to 15% less. However, if they are using the older NEDC range rating for their estimates, then the range would be significantly less, as much as 30% less, in fact.

Some of the M-Byte features include:

BYTON has maintained all along that the base MSRP for the 71 kWh M-Byte will be $45,000. However, there's no word on how the recent tariff war with China will impact that price. There's plenty of time to figure that all out though, since the M-Byte will launch late this year in China only. It's not scheduled to be available in the US until Q3 or Q4 of 2020, so there's more than a year before you can get one in the US, and that's too much time to really forecast how the US China trade relations will be by then.

If anyone is interested in reserving an M-Byte, BYTON is taking reservations from their website or the BYTON mobile app, with no money down required.