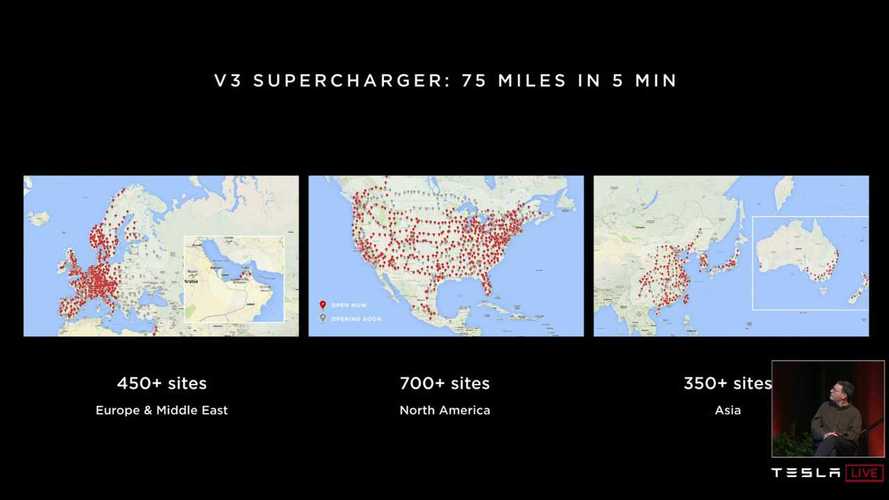 Few first installations were already done and soon we hope to see more V3 Superchargers not only in California.

Tesla already installed around the world more than 1,500 Supercharging stations with more than 13,300 stalls (on average 8.7 stalls per site):

At the most recent Annual Shareholders Meeting, Tesla CEO Elon Musk said that the latest 250 kW V3 Superchargers are being deployed around the world.

The new power level, combined with high efficiency of the Tesla Model 3, enables it to replenish some 75 miles of range in just 5 minutes. Musk underlined that the Model 3 replenishes range quicker than any other EV.

The V3 rollout will be conducted starting from major routes, key locations as well as retrofit of old V1 Superchargers.