Of course, it's just a simulation, but even in real life the new Roadster is simply insane, but can it match jet power?

The next-generation Tesla Roadster electric hypercar, which actually has seating for four, will boast a claimed range of some 621 miles or more, but it's not just its insane range that makes the electric Tesla so darn impressive.

In fact, some would argue that its range figure takes a back seat to its insane level of performance. When first revealed, Tesla released these specs on the new Roadster: 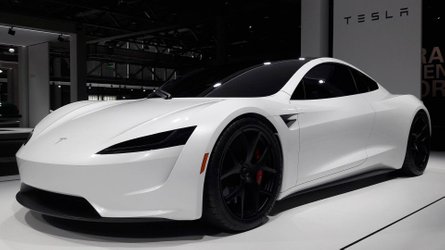 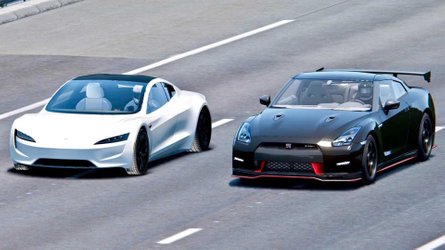 Now those are truly some other-wordly stats, but is the new Roadster fast enough to outpace a jet-engined Formula One race car? In the real world (does a jet-engined F1 car even exist in reality?), probably not (though the Roadster does have the quickest 0-60 MPH time of any production car), but in the world of flash/CGI, anything is possible, including an F1 car that spews flames.

Watch this not-so-real race featuring the new Roadster against a the jet-engined F1 race car. Perhaps soon we will see a Roadster race a real jet? Or maybe we'd rather watch the real Roadster take down anything and everything that is thrown its way.

See real-life video of the Roadster accelerating below:

'
By: Eric Loveday
++
Got a tip for us? Email: tips@insideevs.com