It's amazing to see how Tesla Autopilot handles this difficult roadway. AP2 is leaps and bounds ahead, as it should be.

Our friend KmanAuto is in the process of putting together a comprehensive series demonstrating Tesla Autopilot 2 in various conditions. This first video shows an outstanding side-by-side comparison of AP1 versus AP2 on a "worst-case-scenario" road. It's incredibly telling and informative. 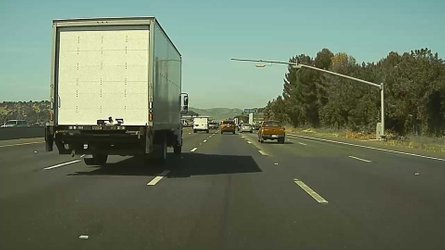 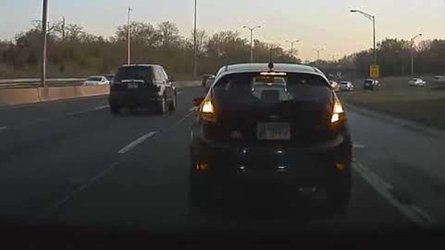 Watch Tesla Model 3 Avoid Serious Crash Seemingly On Its Own

The Tesla testing takes place on a two-lane road with plenty of sharp turns, blind curves, dips, and elevation changes. Most of the time, you can see by the lane markings that passing isn't allowed on this road, which generally indicates that it's a challenge. Later in the video, there's a complete lack of lane lines.

Upcoming videos will show AP2 at night, as well as in rain, fog, and snow. As Kman publishes each video in the series, we'll share them with you here. He provides and in-depth description to go along with the video. Check it out below.

Testing AP1 and AP2.X (Full Self Drive hardware) on a worst case road for navigating visually. We'll just say, the progression in hardware & technology is nothing short of AMAZING! Especially with what Tesla has just accomplished using VISUAL systems!

Background and detail. I have chosen these two specific roads, as they provide constant elevation changes, sharp turns, blind turns, and even loss of lane lines.

This is Video 1 of the Mini-Series.

Video 1 shows side by side Autopilot 1 hardware VS Autopilot 2.x hardware. As you can see, Autopilot 1 struggles constantly on this drive, and I can assure you, it used to be WORSE on this road. I have previous tests with AP1.

On this test, AP2.x absolutely NAILS IT! Successfully navigated the test roads. One spot I did take over in the interest of safety. As an oncoming car had just pulled out, and from previously driving this road with AP2, I already knew the Model X would successfully take the curve, though deviate from lane by about 6 inches. If no on-coming car, I would have let it complete the curve.

In the end, it was impressive to say the least. The 3 forward facing cameras on the Model X trumped the Model S's single camera. The forward side facing cameras viewed the curves and were able to keep it in it's lane. I will mention, SONAR did play a mild role in the navigation of these roads, more so in AP1, and limited on AP2. The sonar on the passenger's side, is used by the vehicle in these situations to keep tabs on the curb distance from the vehicle, helping keep the vehicle from skimming the curbs.

As an example of sleet learning, with AP1, as I've had that vehicle since 2016 and take this road often, at time stamp in the video of 5 minutes, Until summer 2018, AP1 would skim the curb. Over time, with driver input (correction), AP1 no longer actually hits the curb. It still wonders too close for comfort. AP2 has no problems visually seeing the curb and maintains it's line properly in the same spot.