The Toyota Prius, still a prominent name among hybrids, is getting and upgraded version of the Prius Prime plug-in variant in a bid to widen its appeal.

Toyota announced Thursday the 2020 Prius Prime would get a number of new features, although short of an actual redesign. Still, the changes are significant for Toyota. Theoretical passenger space goes up a little with a fifth seat replacing what used to be a fixed console. It's unclear if it will be as spacious as a standard Prius, but at least it adds some flexibility to what used to be a strict four-seater. The rear seats also get a little more accommodating with the addition of two USB charging ports.

Another significant addition comes in the form of both Apple CarPlay and Amazon Alexa. Toyota is among the last major automakers to adopt Apple's system, which is slowly making its way through the automakers' models. Contrast to Amazon Alexa compatibility, which Toyota was a relatively early adopter of. 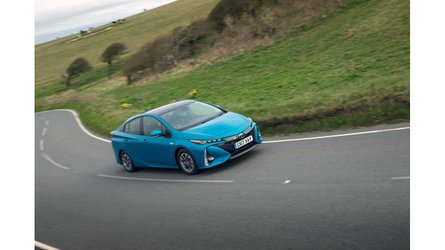 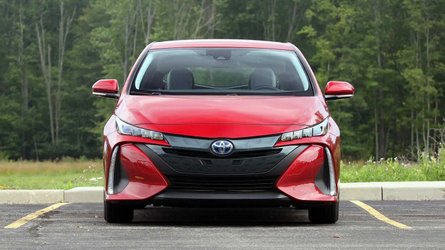 Other interior styling and detail changes, as well as a simplified trim level strategy, round out the revisions to the Prius Prime. It will still have an EPA-estimated 25 miles of electric range and a 54 combined mpg rating. While Toyota remains a standard hybrid leader with more than 20 years of experience, it still looks behind the ball on the move to plug-ins.

Prices start at $27,600 for the new base LE and go up to $33,500 for the top Limited model. The Prime still qualifies for EV HOV stickers in applicable states, as well as both federal and local incentives for plug-in hybrid vehicles. It goes on sale this summer.

5th Seat Now Available Plus Loads of Connectivity for Toyota’s Most Efficient Hybrid Yet
May 02, 2019
PLANO, Texas (May 2, 2019) – Toyota Prius Prime gets many upgrades for 2020 and remains the most efficient Toyota hybrid and one of the best options to protect drivers from price hikes at the gas pump. Available this summer, the Manufacturer’s Suggested Retail Price (MSRP) for the LE grade will be $27,600, the MSRP for XLE grade will be $29,500 and the MSRP for Limited grade will be $33,500.

The word “Prime," which is defined as being the best, or at the top, is a natural fit for the Prius model as it’s the most technologically advanced, best-equipped Toyota Prius in the model’s nearly two-decade global history. With the power to run in either EV or hybrid driving modes, Prius Prime strikes a harmonious balance between necessity and desire.

New upgrades for 2020 include: Prius Prime is the most efficient Toyota hybrid yet. When the electric charge goes out, Prius Prime has an EPA-estimated 54 combined mpg. Designed with intelligent tech, premium materials and thoughtful engineering, Prius Prime represents the next step of Toyota’s continuous quest to reach more efficient mobility with less range-anxiety—without compromise. With its EPA-estimated 640-mile total driving range and 25-mile EV Mode20 driving range, Prius Prime continues to raise the efficiency bar to help challenge what’s possible. The powertrain is a Toyota first, thanks to a dual-motor drive system that improves acceleration in EV Mode for a fun drive. Prius Prime is also great for commuters as its HOV-approved as a single-occupant green vehicle in some states such as California and New Jersey.

Wondering how much you can really save with Prius Prime? Enter your one-way commute mileage, and we’ll crunch the numbers and estimate the annual savings and benefits you may see by commuting with Prius Prime, click here.
Got a tip for us? Email: tips@insideevs.com