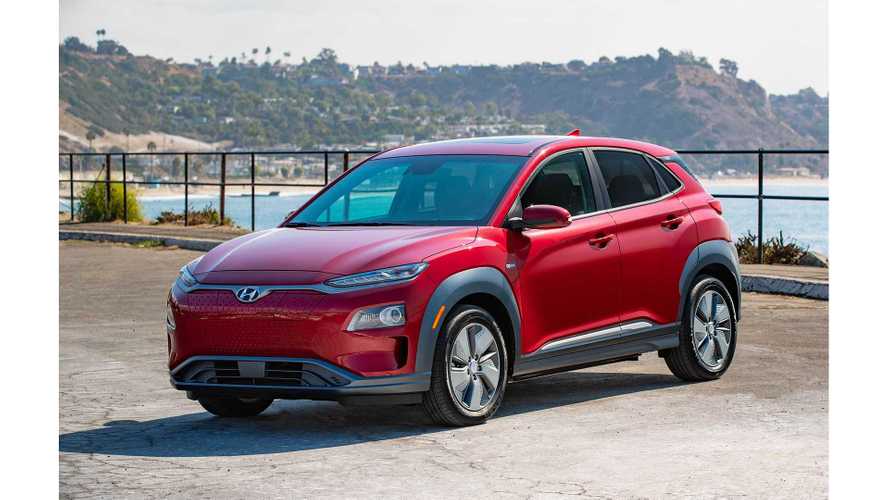 Fortunately, the Hyundai Kona Electric's new MSRP is only up by $500. It may make no difference in the end, since dealers set prices and some are already charging a premium for the popular vehicle. However, it could mean that the Kona Electric will become even more expensive. This quiet move by Hyundai comes on the heels of GM's federal EV tax credit halving.

Yesterday, we reported that Chevrolet is offering some regional discounts on its Bolt EV. While the automaker vowed not to reduce MSRP to make up for the difference in the tax credit reduction, it's working with some dealers to help buyers. There's no way to know for sure if Hyundai raised the Kona's MSRP due to one of its most direct competitors becoming more expensive, but the timing is telling.

According to CarsDirect, the Kona Electric originally carried a starting MSRP of $37,495 including destination, which was exactly the same as the Bolt's. Now, the Hyundai's new starting price is set at $37,995. CarsDirect also reports:

Prices for the Limited and Ultimate now start at $42,445 and $45,945, a $250 increase for both compared to the previous MSRPs of $42,195 and $45,695. There are no changes in equipment tied to any of the increases, based on Hyundai's spec sheets and after obtaining confirmation today from company spokesman Miles Johnson.

Additionally, the publication found some ads that prove Kona Electric lease prices have increased. CarsDirect analysts feel that the Kona Electric is simply too expensive. Its MSRP is $500 more than that of the Bolt EV, $550 more than the LEAF Plus, and a whopping $1,795 over the Standard Range Tesla Model 3 ($36,620 with destination). The report shares: