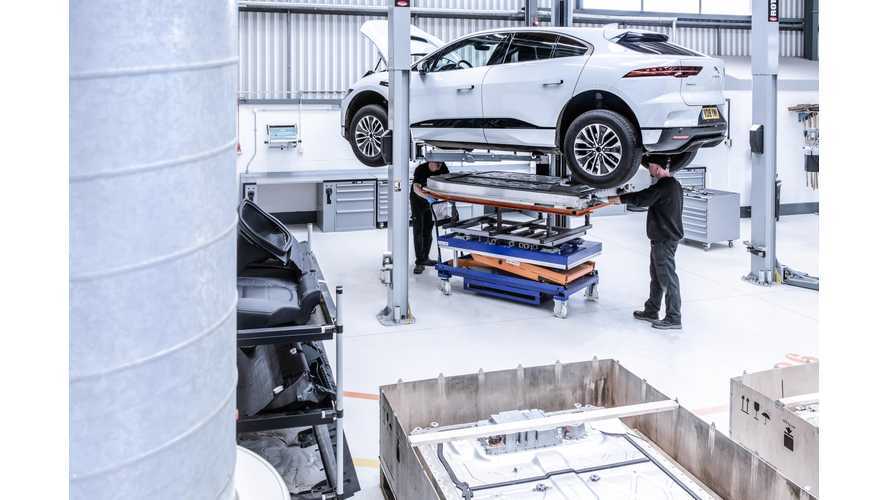 Jaguar Land Rover is working on improving its aluminum closed-loop strategy - to recover aluminum from end-of-life vehicles and reform it into new high-grade aluminum for new cars.

As part of the REALITY project, JLR is testing recovery of aluminum from pre-production Jaguar I-PACE prototypes, so the material would get second-life in a new car.

"The process is currently being tested on early, pre-production Jaguar I-PACE prototypes which have had their batteries safely removed. These batteries enter into their own second-life process which Jaguar Land Rover is developing while the scrap from the vehicles is sorted into various materials using high-tech sensors by Axion. Once separated, the aluminium scrap is melted and reformed."

It's great to see that manufacturers are working to recycle the car as much as possible. Additionally, this opens the way for greater use of aluminum in cars in future models, which need to be lighter to achieve better efficiency.

"When operating at full capacity, REALITY is expected to reduce the CO2 impact of production while reducing the amount of virgin aluminium required to produce vehicles. Jaguar Land Rover has already reduced its global vehicle manufacturing operating CO2 by 46 per cent per vehicle and remains committed to an ongoing decarbonisation process.

The pioneering project, co-funded by Innovate UK, is helping Jaguar Land Rover extend its closed loop aluminium economy. Between September 2013 and January 2019, around 300,000 tonnes of closed-loop scrap have been processed back into the brand’s lightweight aluminium intensive architecture, across all vehicle lines including XE.

As part of an ACES future, there will be an increased opportunity for recycling through the REALITY project, as Jaguar Land Rover will be able to plan for the retirement of large shared fleets. This will enable the company to engineer closed loop recycling into tight production schedules, as the vehicles can be recovered, de-polluted and shredded en masse – making a viable business case for using the company’s recycled aluminium within its own facilities.

Jaguar Land Rover currently uses 180,000 tonnes of aluminium per year - a small percentage of the 80 million tonnes produced globally each year. It is already one of the most widely recycled materials with 75 per cent of all aluminium ever produced still in circulation."

"The recycled aluminium is being put through its paces by Brunel University scientists, who have conducted strength tests and graded its purity to ensure it meets the required mechanical standards to be used in body panels right across the Jaguar and Land Rover ranges."

“More than a million cars are crushed every year in the UK and this pioneering project affords us a real opportunity to give some of them a second life. Aluminium is a valuable material and a key component in our manufacturing process and as such we’re committed to ensuring our use of it is as responsible as possible.”

Gallery: Jaguar Preps To Recover Aluminum From I-PACE For Second-Life Use