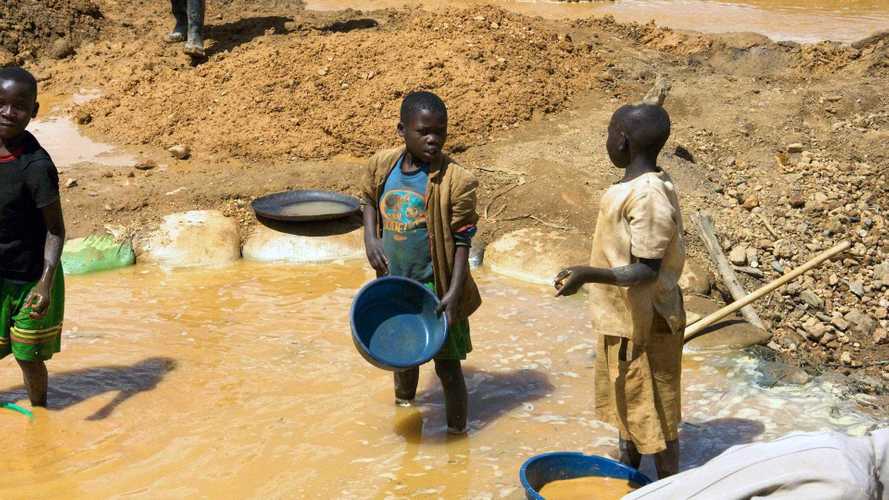 Amnesty International yesterday made its fiercest argument yet about the questionable ethics of EV batteries. “Electric vehicles are key to shifting the motor industry away from fossil fuels, but they are currently not as ethical as some retailers would like us to believe,” said Kumi Naidoo, secretary general of Amnesty International. He was speaking at the Nordic Electric Vehicle Summit in Oslo, Norway.

Read about Cobalt in EV Batteries

The primary concern is cobalt mined by child labor in the Democratic Republic of Congo (DRC). More than 60 percent of the world’s cobalt comes from the DRC, which is one of the poorest countries in the world. More than 80 percent of its population does not have access to electricity.

Amnesty International reported in 2017 that the DRC has thousands of artisanal miners, including 40,000 children who are exploited in cobalt mines.

Cobalt is considered essential to EV batteries. The metal stops batteries from overheating and increases its longevity. With the rapid rise of electric vehicles, cobalt demand is expected to dramatically increase in the next decade – leading to higher prices and rising pressure to expand production.

There is a range in the estimates for growing cobalt demand. Bloomberg New Energy said demand could grow 47-fold by 2030. The price of cobalt has quadrupled in the past two years. With a growing number of countries expected to ban internal-combustion vehicles in the next decade, there will be a massive shift in the automotive supply chain from oil to batteries.

Tesla anticipated the cobalt shortage and related ethical issues years ago. Over the past six or so years, Tesla reduced the use of cobalt in its nickel-cobalt-aluminum battery formulation by about 60 percent. In June 2018, Tesla’s Elon Musk said that less than three percent of the Model 3’s batteries is made up of cobalt. He said the company’s next-generation batteries will use no cobalt, but the timeline was vague.

Musk is not alone. Henrik Fisker, the famed EV designer, said, “Electric vehicle automakers and battery manufacturers have a responsibility to ensure any materials we use in our batteries are sourced in an ethical way.

Substituting other battery materials for cobalt is possible but will likely be only a partial solution. “Zero cobalt is hard, low is possible, but zero is very tricky at this point,” Venkat Viswanathan, a professor at Carnegie Mellon, told the Financial Times.

Electric vehicle automakers and battery manufacturers have a responsibility.

The problem of child labor used to source EV battery materials has been known for several years. However, I admit that I have mostly turned a blind eye. We EV drivers take the high road when it comes to climate, air pollution, and oil wars. And several major automakers boast about using vegan materials for EV interiors while dodging concerns about the EV-battery supply chain.

It’s time for us to pay attention – and put as much energy into studying the fraught supply chain for batteries as we do debating EV charging time and one-pedal driving. Of course, the ethics of all our high-tech devices, especially smartphones, are difficult to resolve. But the EV community has a strong voice and significant purchasing power. We can demand to know what an automaker is doing to reduce the use of cobalt – and make sure that battery materials are sourced without child labor – before making our next purchase.