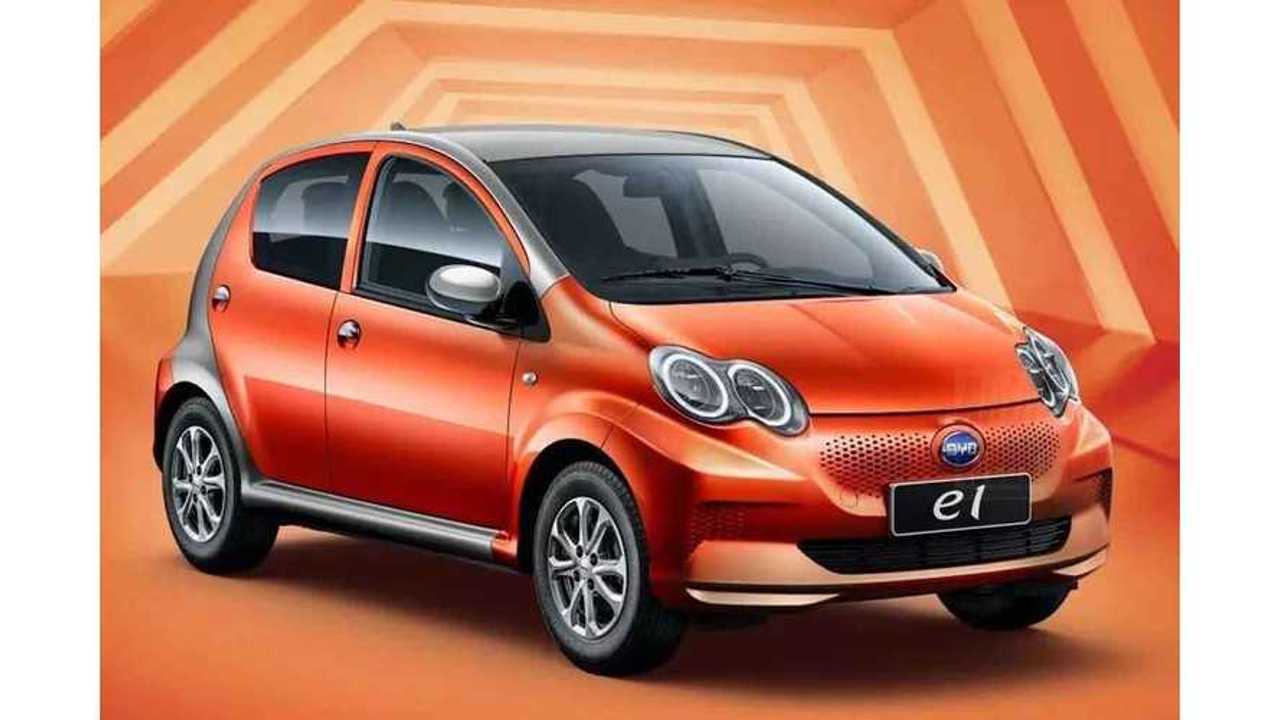 Reportedly, the BYD S2, positioned as a small-sized SUV, will be developed on the same platform as the BYD Yuan EV. The e1, belonging to the mini-sized segment, will be launched to rival such models as the Benben EV and the BAIC EC3.

Adopting BYD's iconic “Dragon Face” design language, the S2 features a massive dot-matrix grille. On the top of grille is a U-shaped chrome trim that resembles an upward-sloping dragon beard. The rear end looks similar to the Yuan EV, while is devoid of a spare tire on the tailgate.

Besides, the BYD S2 will be outfitted with the panoramic sunroof, luggage rack and blackened 8-spoke rims, and offer rear-view mirrors in different colors based on variants. Powering the vehicle will be a 70kW permanent magnet motor paired with a ternary-lithium battery pack. Using such powertrain, the vehicle features a combined range of 305km and can run at a top speed of 101km/h.

According to the official photos BYD revealed earlier this month, the exterior of the BYD e1 basically unchanged compared with the existing BYD F0. However, some nuances can still be discovered in the new model. For example, the closed-off grille flanked by dual circular headlight clusters looks quite fashionable. Besides, the iconic blue-and-white name plate of “BYD” in the middle of the grille gives the BEV car its distinct profile.

The multi-layered essence of the BYD e1's side profile is characterized by ridgy waistlines and lines on the wheel trims. It is noteworthy that the new model will not only offer several pure color options for vehicle body, but also give a two-tone variant further meet younger consumers' needs over personality.

The BYD e1 measures 3,465mm long, 1,618mm wide and 1,500mm tall with a wheelbase spanning 2,340mm, according to the information previously submitted to China's Ministry of Industry and Information Technology.

Inside the car, drivers can find a three-spoke steering wheel, a full liquid crystal dashboard and a floating display at the center console and a rotary gear selector.

The new vehicle will be powered by a permanent magnet motor that produces 61hp (45kW) and a Ni-Co lithium manganate battery pack. Other facilities like automotive backup camera, rear parking radar and shark fin antenna will be provided based on different configurators.