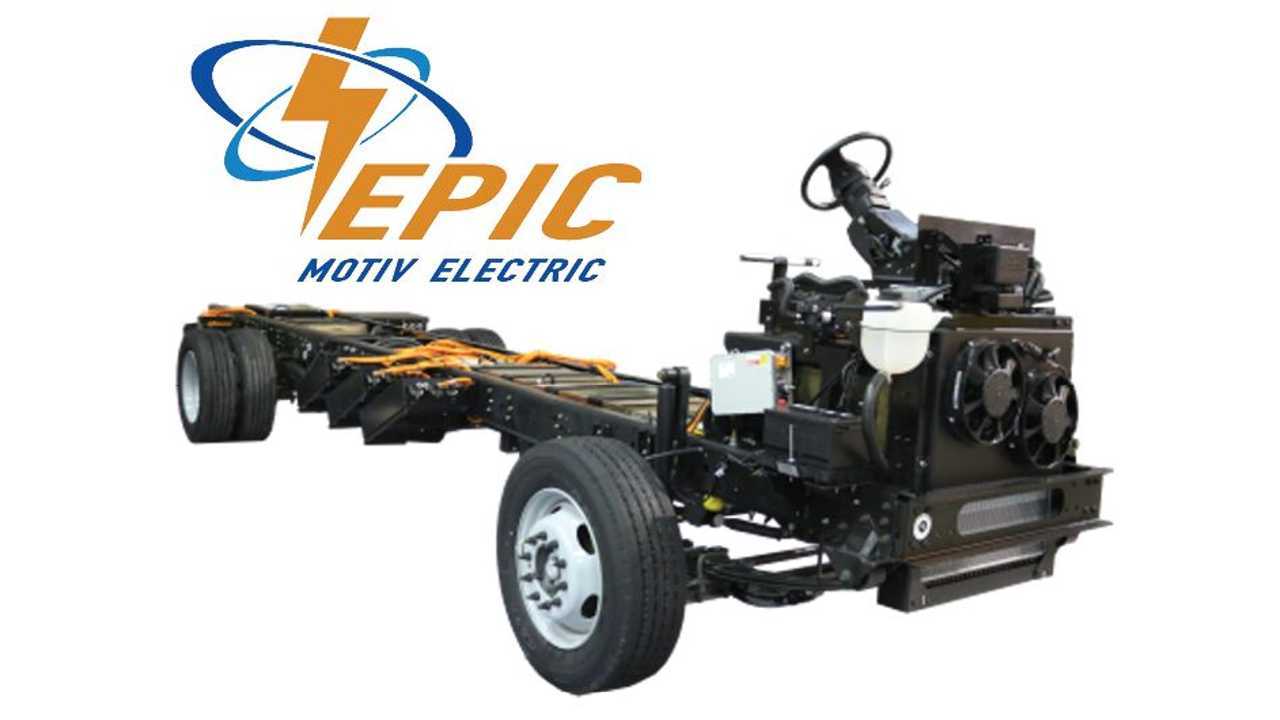 Electric and gasoline-powered chassis to be produced together

Preparing for higher volume production, Motiv Power Systems has entered a partnership with Detroit Custom Chassis LLC (DCC) to install Motiv's all-electric EPIC chassis on the base Ford F-59 platform, which is assembled by its affiliate Detroit Chassis Plant (DCP), both owned by Spectra.

We assume that the production of EPIC alongside gasoline-powered chassis will contribute to lower costs. The first customer deliveries of vehicles with chassis originating from DCC are expected in the Q1 2019.

Motiv Power Systems To Use BMW i3 Batteries In EPIC Chassis

As a Ford eQVM certified producer, Motiv worked with DCC to optimize production requirements of the EPIC chassis to enable it to seamlessly slot into the same assembly lines producing internal combustion engine-powered chassis."

"Production is already underway at DCP, which has capacity to build up to 90,000 chassis a year at its 220,000 square/foot assembly plant on 33 acres in Detroit, Michigan."

"DCP has long served as the production facility for Ford's F-59 commercial truck chassis. Since a number of our EPIC chassis variants are based on Ford's F-59, it made perfect sense to implement an OEM build process that closely mirrors the one used by Ford themselves. With the scale we are focused on achieving in order to meet market demand, this represents a significant step forward for Motiv."

"Detroit Chassis has been in high-level strategic discussions with Motiv going back to 2012 and planning for the F-59 rollout accelerated in 2018. We are excited to now finally be able to showcase the Motiv EPIC chassis rolling out of our facility. We couldn't be happier to see Motiv take a leadership position as the first EV commercial chassis produced by our facility. We expect that over time, electric chassis will sell in similar and, eventually, even greater numbers than gasoline and diesel-powered equivalents. It was a natural fit for DCP to be in the forefront of that market shift."