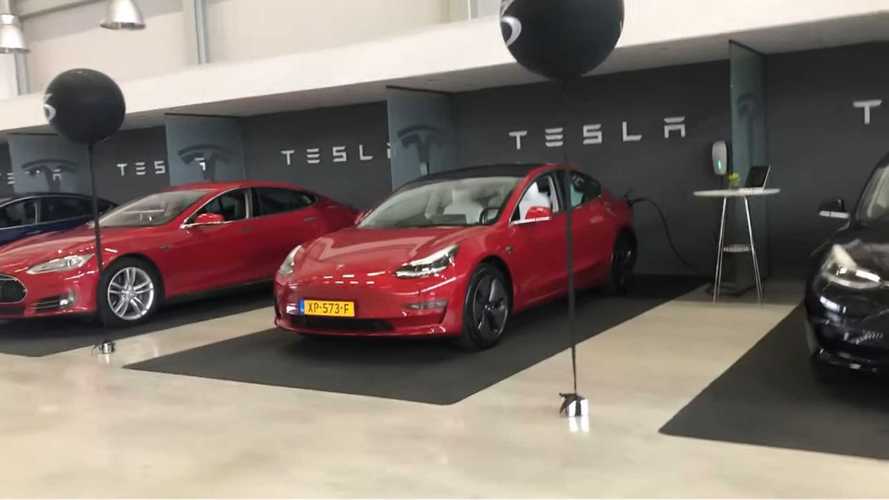 The updated info comes through a release by Elon Musk, talking about the Tesla Model 3's international ramp up

We've all heard the good news about the entry-level Tesla Model 3 finally coming on sale later this year. However, for us European customers, alongside those from China, we're more keen on hearing about the availability of the Standard and Standard Plus versions of the electric sedan in these lands.

After all, we've been salivating at the prospect of owning a rather affordable, impressively built and good looking EV over here in Europe for some time. And for the most part, the potential customers in Asia have been doing the same. However, the Model 3 kept avoiding us as we worked for the IRS. Nonetheless, that will soon change.

When talking about the upcoming entry-level Model 3 on Twitter, Elon Musk revealed that he imagines that the base Model 3 to be available in Europe in around 6 months. Furthermore, the Tesla CEO stated that the affordable version of the Model 3 will be available in the Chinese market in approximately 6 to 8 months - provided that the production of the entry-level electric vehicle in the Gigafactory 3 commences on time. While for some, that's a big if right now, but judging by the moves made by the company lately, we should see Model 3's coming out of the Shanghai factory hopefully soon.

Base Model 3 available in Europe in ~6 months, Asia 6 to 8 months. Latter contingent on Shanghai Gigafactory. Country-specific taxes & import duties mean price may be 25% or more above US number.

A real game-changer for EVs and even possible gas competition

In the end, it bodes well for Tesla to be able to produce the $35,000 Model 3 earlier than expected. In reality, it shows that the company is right now at a position where it can comfortably meet demand in various different markets without any issues. And with the Chinese Gigafactory 3 coming online in the forthcoming months, the California based carmaker shouldn't have a problem expanding the production volume at all. And with the Model 3 - and particularly the entry-level $35,000 version of it - the company will enter a playing field reserved by the likes of a Toyota Camry or the Honda Accord. In Europe, this market share is underlined by the likes of the Volkswagen Passat or the BMW 3 Series and the Mercedes-Benz C-Class.

And all those cars will be the main competitors the Model 3 battles against. However, with sufficient range, a rather interesting price tag (which goes down with incentives), everyone from VW, BMW to Mercedes-Benz, will have to get their acts together as far as electric vehicles go.

And that might produce some interesting situations for us, as the customers, in the long run.