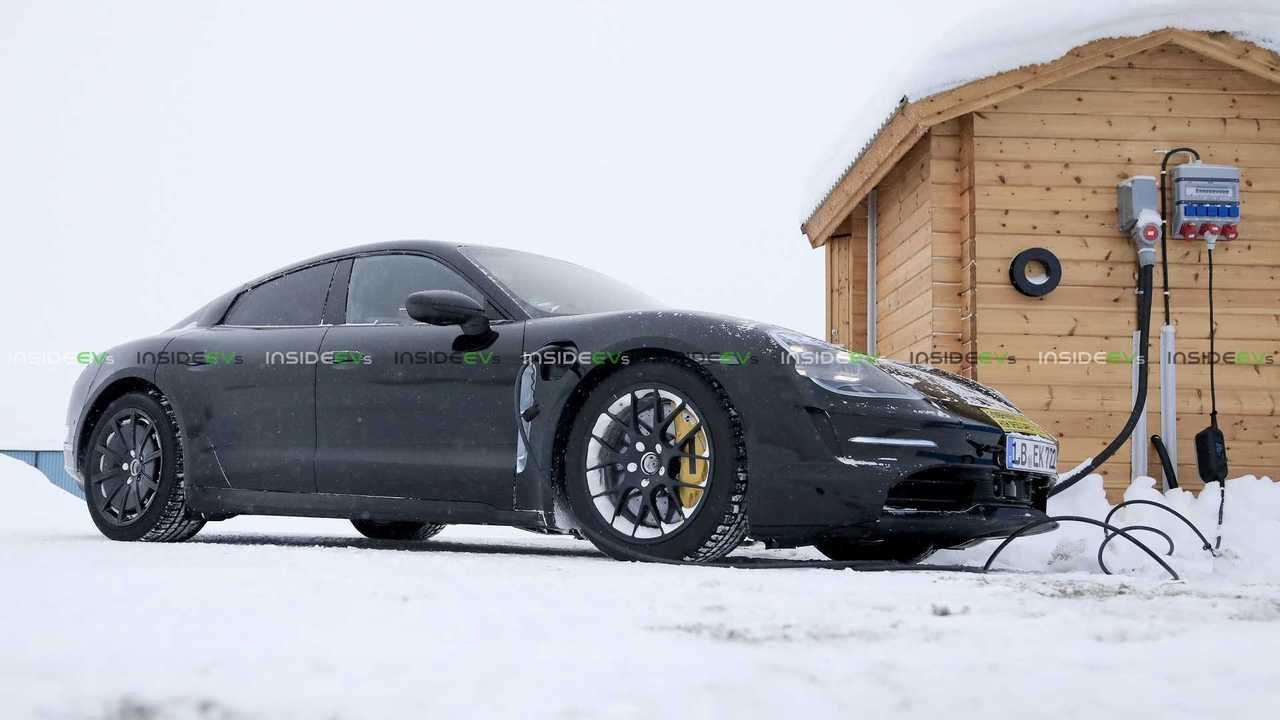 We factor what we know about the Audi e-tron into our Porsche Taycan model.

So far, about all we have been told about the Taycan is a 0-60-mph-time of less than 3.5 seconds, and horsepower in the 600 HP range. There’s also been some talk that the Taycan might be able to provide even higher torque in short bursts. Our 2.8-second 0-60 prediction doesn’t include any “burst” torque, so perhaps the Taycan will do even better than 2.8 seconds to 60 mph. That puts the Taycan solidly in line with the Tesla Model S P100D. For reference, we've included links to the latest articles out on the Taycan from Road and Track (ref), Car and Driver (ref), and Wikipedia specs (ref).

What have we learned from the Audi e tron?

Primarily, we have learned (ref article) that the chances are high that Audi has a fairly substantial additional 10% buffer built into its battery, presumably due to high charging rates all the way to 80% SOC.

The other thing we learned about the Audi e-tron is that there are other reasons that the e-tron’s range is so low: High weight, aerodynamic drag and perhaps another percent or 2 percent loss in the drive efficiency, all of which have penalized range by another 10% over and above the range loss that comes from putting another 10% buffer in the battery.

Happily, the Taycan should eliminate the efficiency problems associated with the high drag and weight. The Taycan's a clean sheet design. It has a new body using lower weight metals versus steel. Low drag aerodynamic coefficient, less frontal area and permanent magnet motors front and rear should alleviate all the problems in e-tron, with the exception of the big battery buffer. Barring any huge breakthrough in battery tech, we don’t expect the big buffer to go away in the Taycan because of its high charging power and duration.

For the battery, we are using a 95-kWh total with a usable energy of 84-kWh (substantial buffer).

I don’t know about you, but we are extremely excited about the Taycan. It should give the Tesla Model S P100D a good run for the money!

FutureBridge Predicts Solid-State Battery Cost Will Match Lithium-Ion By 2025
Tesla Model 3 Made In China Vs Made In US, How Do They Compare?
Allow Doug DeMuro To Point Out The VW ID.4’s Peculiarities And Qualities
Rivian Joins Tesla In 'EVs As Boats' Club: R1T Learns Backstroke
Toyota To Add Another PHEV, Continues PHEV Push