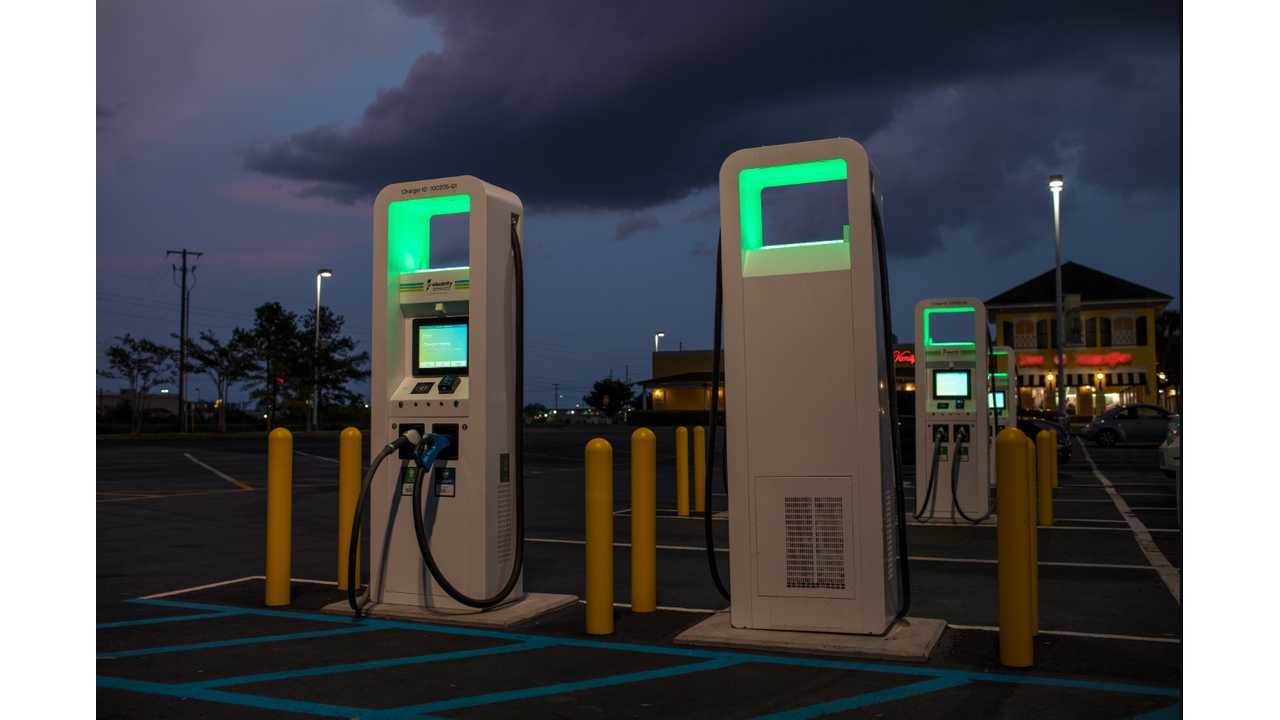 The network is expanding quite fast.

Electrify America has been working diligently to adhere to the aggressive schedule to install electric vehicle charging infrastructure set forth by the courts in the Volkswagen diesel-cheating scandal.  The company has just announced that they recently reached the milestone of surpassing 100 sites, with 465 charging stations now open to the public.

That's not bad in our view, considering they only started in January of 2017. Each site requires EA to identify the potential site, negotiate with the property owners, sign a lease agreement, apply for local construction permits, negotiate with local utilities because of the extremely high power demand, order the equipment, and then hire local contractors to do the installation. All that takes time.

Therefore, it was expected to take EA a while to get moving, but now that they are, it appears that they are progressing at a good rate. In fact, since installing their first high-speed DC fast charging site in Chicopee, MA in May 2018, EA has accelerated the pace of installations nationwide.

“With more than 105 operational charging stations, Electrify America has reached a key milestone as we are accelerating the pace of installations across the country,” said Brendan Jones, chief operating officer at Electrify America. “These installations mean that consumers in all parts of the country now have greater access to charging and that access can help drive the awareness and adoption of zero-emissions vehicles.”

Electrify America plans to install or have under construction 484 charging station sites with more than 2,000 ultra-fast chargers by July 1, 2019. The station sites will be located in 17 metros and along high-traffic corridors in 42 states – including two cross-country routes.

With a focus on both future and present-day electric vehicles, Electrify America’s chargers have a range in power from 50 kilowatts (kW) – the most commonly used charging power today – to 150 kW and up to 350kW, which is capable of charging a vehicle at speeds up to 20 miles per minute. At 305 charging sites either open or in the construction process, the Electrify America network represents almost a 300 megawatt capacity. - Electrify America