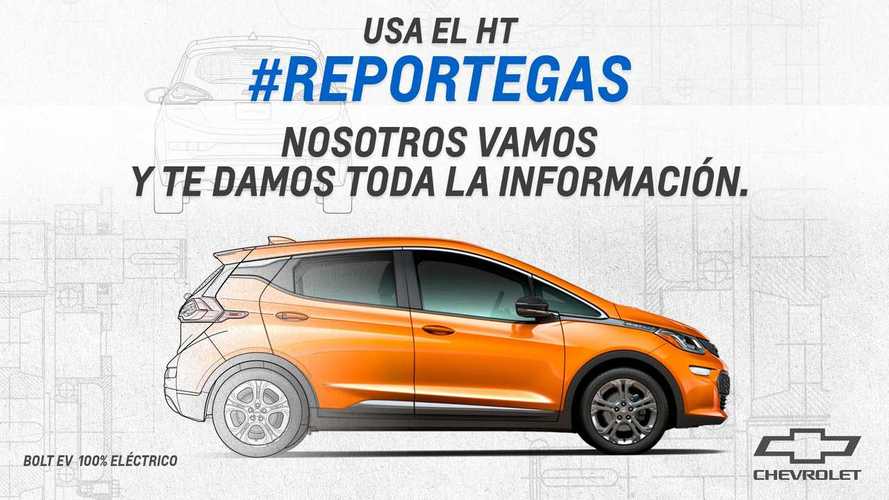 Could the Chevy Bolt be big in Mexico? The automaker is definitely making a marketing effort south of the U.S. border in the face of renewed interest in more efficient vehicles. That interest jumped dramatically starting in December after the country's newly-elected president, Andrés Manuel López Obrador, decided to close state-owned pipelines in favor of distribution by trucks. That not-well-executed move caused bottlenecks, resulting in fuel shortages.

More on the Chevy Bolt

According to Automotive News, the scarcity of gasoline in some regions has sparked a couple hashtags: #ReporteGas (gas report) and #DondeHayGas (Where is there gas?). Chevrolet smartly jumped on the opportunity by launching a media campaign for its all-electric hatchback. It leverages the hashtags, see the image from a tweet above for an example, and promotes its Chevy Bolt, the third plug-in vehicle the automaker has offered in the country. It sells the Volt there, and previously sold the Spark EV as well.

The situation caused a huge rise in the number of efficient vehicle inquiries at other dealerships as well. According to the director of operations for Toyota Motor Sales de México, Guillermo Díaz, the number of people coming in to ask about hybrid models has almost doubled. Said he, "People who might not have been thinking about buying a hybrid are at least asking about the various models."

There are currently not many plug-in options available in Mexico, but more are coming. In addition to the Nissan LEAF being available, the country's own Zacua brand is offering a light city car with about 100 miles of range. Chinese automaker BAIC is said to be bringing some models later this year. On the upper end of things, Jaguar has introduced its I-Pace and Mercedes has committed to selling an all-electric. The German automaker will also bring back its Smart brand to the country with "an electric focus."